'Vomit Gold': Fishermen find ambergris worth around Rs 11 crore inside carcass of a sperm whale 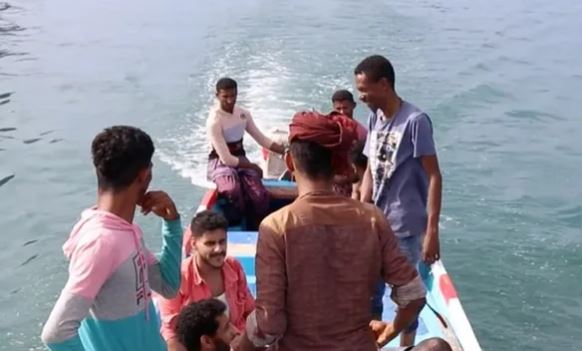 God endows all races / nations by bestowing them with some asset or the other. He endowed Russians with vast expanse of land and forests, Africans with strength, Europeans with great weather, South Africans with vast natural resources, Indians with diversity and Arabs with Petroleum. Most races or nationalities utilised what they were endowed with and helped in developing their countries and making the lives of their citizens more comfortable, except for India and maybe Africa to a certain extend.

However, sometimes God chooses to bestow his bounty specifically on individuals or a small group directly. One such miracle seems to have happened recently to a group of fishermen from Yemen.

This group of 35 fishermen were sailing in the Gulf of Aden off the coast of Seriah in southern Yemen when they suddenly came across the carcass of a giant sperm whale. On further investigation, they chanced upon 127 kg lump inside the carcass. This lump of Ambergris is valued at around $1.5 million dollars (around 11 Crores in Indian Rupees).

Whale vomit, which is also called ambergris, is a solid, waxy, and flammable substance that is produced in the digestive system of sperm whales. It is a digestive waste of Sperm Whales. They feed on squids and cuttlefish, the bones of which are hard to digest. They discharge the undigested bones, which turn to ambergris. It is dull grey or blackish in colour. Initially, they give out a pungent odour. With the passage of time and temperature, it becomes dry and spreads aroma.

Even though it lies in the Arab peninsula, Yemen is an extremely poor country where the per capita income is around $700 per year (which is around Rs 50 thousand). Yemen presently is also under extreme duress due to the US backed, Saudi sponsored war in the country.

So, what happens when this group found the 127 kg lump of whale vomit – a highly valued biological waste used in perfume manufacturing as a fixative that allows the fragrance to endure much longer – they decide to divide the exploits equally amongst themselves – which will leave all of them richer by around $40 thousand (Rs 30 lakhs) overnight.

One of the fishermen said that some of the members of the group plan to buy houses and get married. And as a gesture of gratitude to God, they have all agreed to donate some of the money to the poor families in their community.

This is not the first time that such miracles have happened – earlier too a Thai woman had found a lump of whale vomit worth Rs 1.8 crore while walking along beach or a Janardhana, a fisherman from Bhatkal, Uttara Kannada found a 1 crore worth rare ambergris from Murudeshwara beach. But, unlike the Yemenis and the Thai, Janardhana could not turn a millionaire as sale of ambergris is prohibited in India and is protected under the Wildlife Protection Act.

But the best ambergris story in recent times has come out of Oman. Here each of the Omani fishermen who hauled 80kg of the prized ambergis are going to become millionaires (around Rs 7 Crores for each of them).