Boxer Nikhat Zareen met her favourite star Salman Khan. She took to social media and shared a glimpse of her meeting with him. Nikhat Zareen's post 'dream come true' with THIS special gesture; Fans REACT. 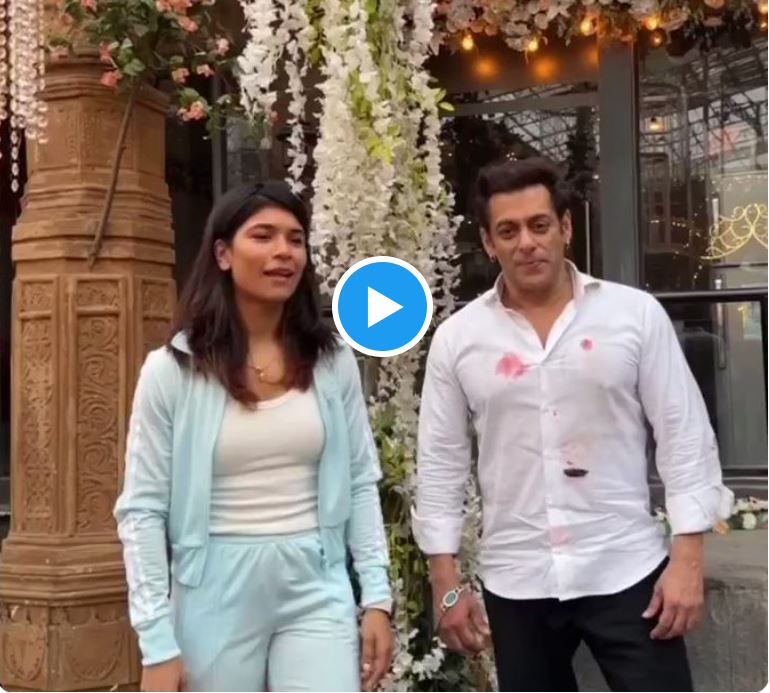 The video has now gone viral on social media and Salman fans are super excited to see him re-create this popular song. In the clip, Salman Khan can be seen sporting a white shirt paired with black pants, while Nikhat can be seen in blue athleisure. Along with the video, she wrote, “Finallyyyyy intezar khatam hua (Finally, the wait is over)."

Nikhat won the first medal of his career in the National Sub Junior Meet in 2010. The very next year, at the age of 15, Nikhat gave the country an international gold medal. She won gold in flyweight at the 2011 Women's Junior and Youth World Boxing Championships in Turkey.