Violent organizations like PFI and Tablighi Jamaat should be banned immediately: Bajrang Dal

Today's government is capable of upholding the rule of law in the country. The Hindu society is also well aware of dealing with hooliganism while exercising its right of self-defense. 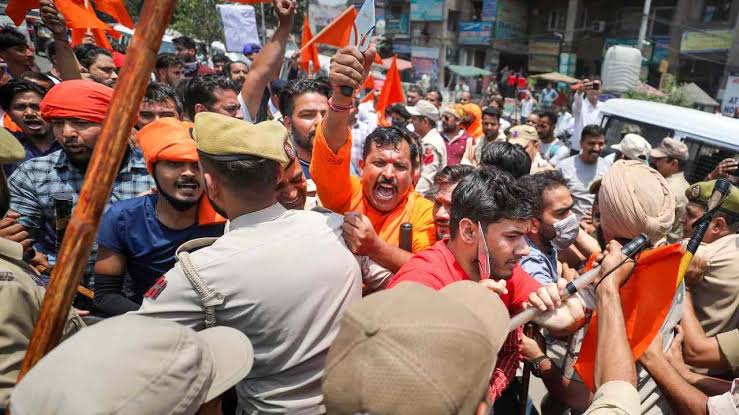 Organizations like Popular Front of India (PFI) and Tablighi Jamaat inciting Islamic Jihadi violence in the country should be banned immediately. In places where the Hindu community has become a minority, adequate arrangements should be made for its protection. Bajrang Dal has made these demands in a memorandum submitted to the President on June 16 to the administrative officers across the country.

Addressing a dharna of Bajrang Dal in Sunderbani, Jammu and Kashmir, Senior Advocate Shri Alok Kumar, Central Working President of Vishwa Hindu Parishad said that in the cases of Nupur and Naveen, till the court declares that they have committed some crime, they should not cannot be held guilty.

Cautioning the jihadi and fundamentalist Muslim leadership, he also said that they should not push the common Muslim to the path of violence by misleading him on Friday prayers or on other occasions. He said that he also wants to tell those who made statements like 'removal of police for 15 minutes' that this is India of 2022.