Vinesh Phogat, a wrestler undergoes an elbow surgery and further says she will rise no matter how many times she falls 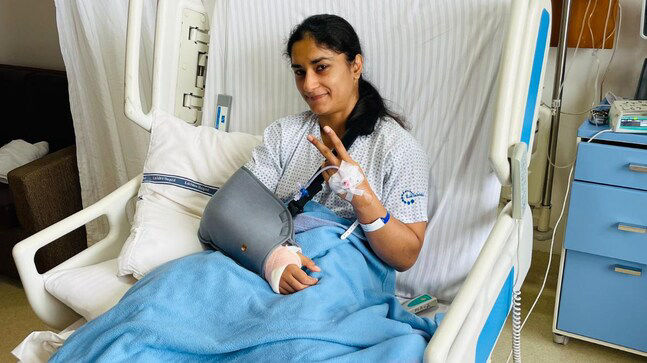 Vinesh Phogat undergoes surgery and last month on August 32, she pulled out of the World Championship trials in New Delhi after competing in her opening bout. The 27 year-old confirmed that she didn’t resign because of her injury as she was only feeling dizzy.
The reigning Asian champion took to social media to update her health. She further wrote, No matter how many times I fall, I will still rise.