'Vikram' breaks the record of 'Bahubali 2', KGF and many more South Movies

'Vikram' has done business of 364 crores worldwide so far. The special thing is that this film has crossed the Rs 155 crore mark, breaking the record of 'Bahubali 2' in Tamil Nadu. 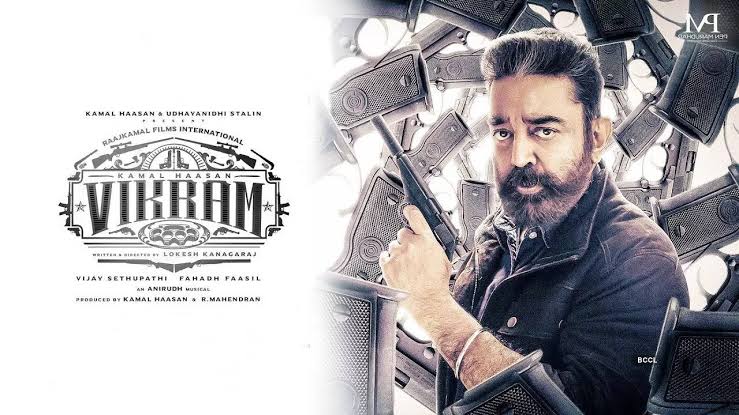 South Indian films are speaking at the box office. After KGF-2, RRR and Pushpa, Kamal Haasan's new film Vikram is earning a lot. This film has broken the record of Prabhas's 'Baahubali 2' in Tamil Nadu. Directed by Lokesh Kanagaraj, 'Vikram' is moving fast towards the 400 crore collection worldwide. Kamal Haasan's 'Vikram' (Vikram box office collection), it has joined the club of 300 crores on the 16th day, earning a stupendous amount at the box office. In this way 'Vikram' has created a new record at the Tamil Nadu box office. Actually 'Vikram' has left behind 'Bahubali 2' in terms of collection in Tamil Nadu. Yes, Vikram has collected 150 crores in Tamil Nadu only and talking about the total collection, it has earned 300 crores.

On one hand, South Indian films are making headway in the audience. On the other hand, Bollywood movies seem to be lagging behind. 5 such films of South India which have set the flag of success at the box office.

Akshay Kumar's Samrat Prithviraj, Vikram and Major clashed at the box office on June 3, 2022. Out of these three films, Vikram performed well at the box office of South and did a business of more than 350 crores in the last 16 days. Talking about the earnings of Major's 16th day, it has earned 55 lakh rupees on Saturday. This figure is better than Friday because a day earlier, on the 15th day, Major earned only Rs 27 lakh. Adivi Sesh's film has earned a total of Rs 39.52 crore so far.