To mark the celebration of the 50th anniversary of the Indo-Pak war, which created Bangladesh, various commemorative events are being organised at various parts of the country. 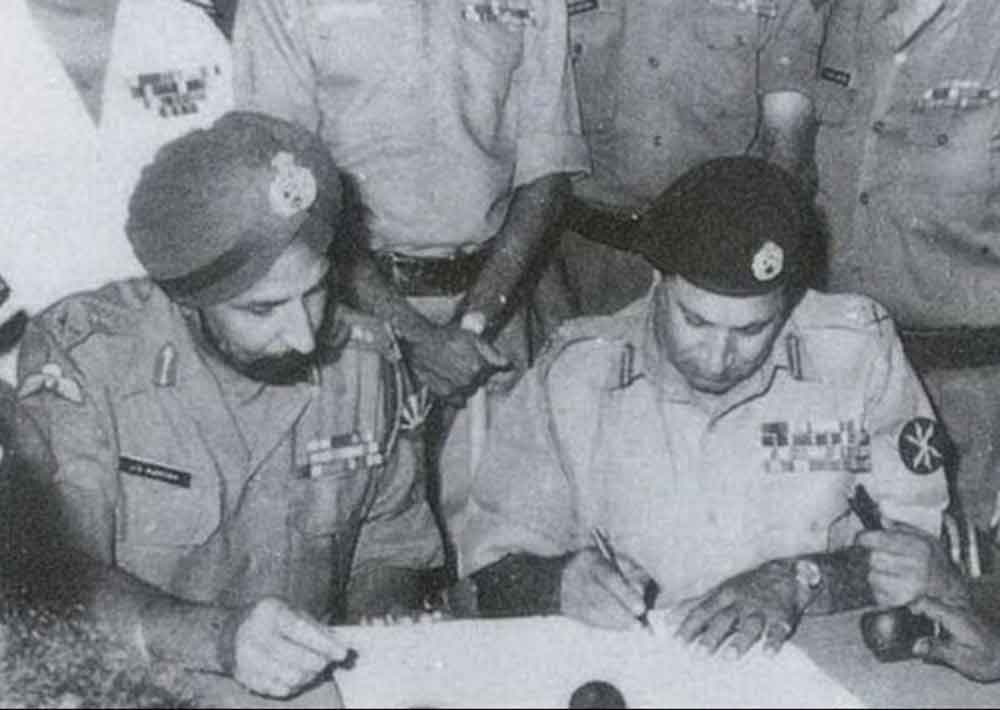 To mark the celebration of the 50th anniversary of the Indo-Pak war, which created Bangladesh, various commemorative events are being organised at various parts of the country.

On December 16, 1971, Indian defence forces had achieved a historic victory over Pakistan Army.

After World War II, which took placed between 1939 to 1945, the 1971 war was the first such occasion when the largest military of Pakistan surrendered before the Indian forces.

The chief of the Pakistani forces, General AA Khan Niazi, had conceded defeat and along with 93,000 troops.

His unconditional surrender brought down the war to a decisive victory for India. The bravery of Indian soldiers went down in history as one of the proudest moments for the country.

Indian Army Chief Field Marshal Sam Manekshaw warned Pakistan on that if it didn’t surrender, the country would be wiped out.

A tweet from the Additional Directorate General of Public Information, India Army, reads, “'You surrender or We wipe you out' was the message given by Field Marshal Sam Manekshaw to Pakistan on 13th December 1971.”

The tweet further said, “The Field Marshal lived his words as the world will see unprecedented surrender of more than 93000 Pakistani soldiers.”

“The Prime Minister, Chief of Defence Staff & Tri-Service Chiefs will lay wreath and pay homage to the fallen soldiers,” a press statement released by the Ministry of Defence on December 15, said.