Apparently, the bridge was open merely five days ago after being shut for six months 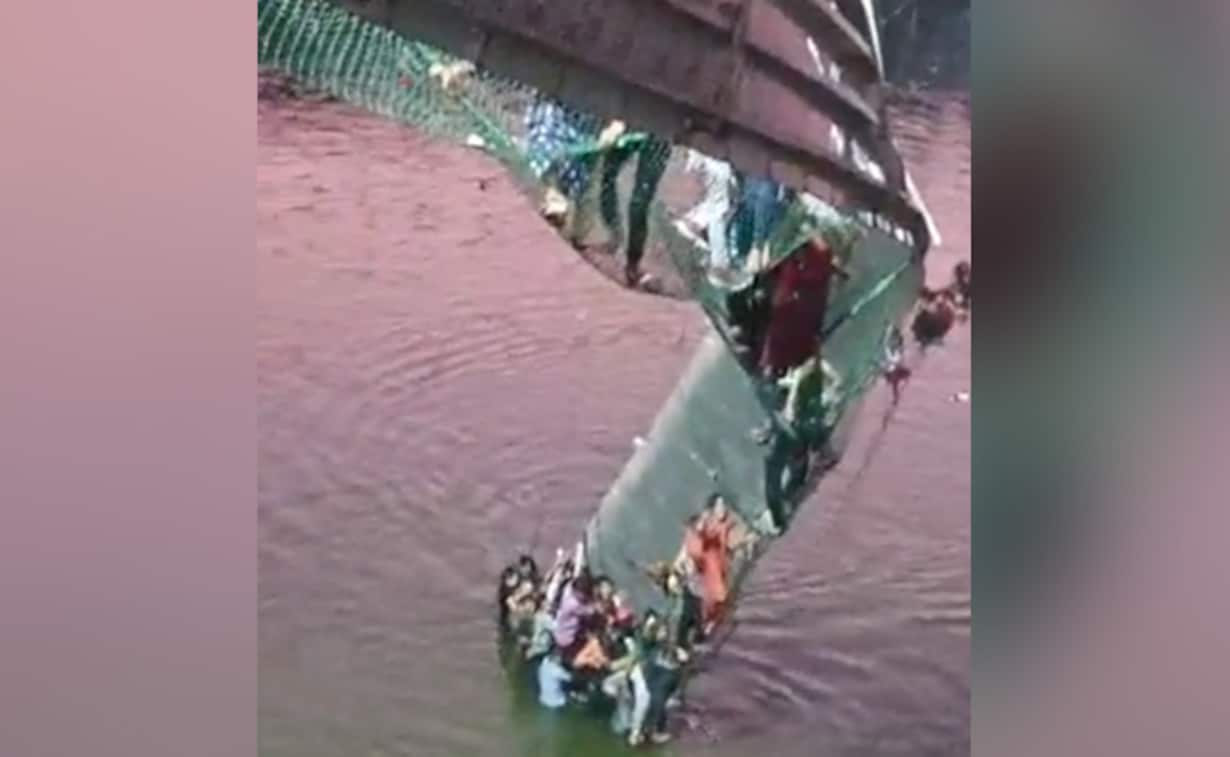 Around 400 people fell into the Machhu river after the cable suspension bridge collapsed at around 7 pm on Sunday in Morbi, Gujarat. Former BJP MLA from Morbi Kanti Amrutia has claimed that so far the bodies of 60 people have been recovered from the accident. These include more than 10 children. However, the official death toll has not been given.

An astonishing fact as per the locals state that, this bridge was renovated & opened just 5 days ago.