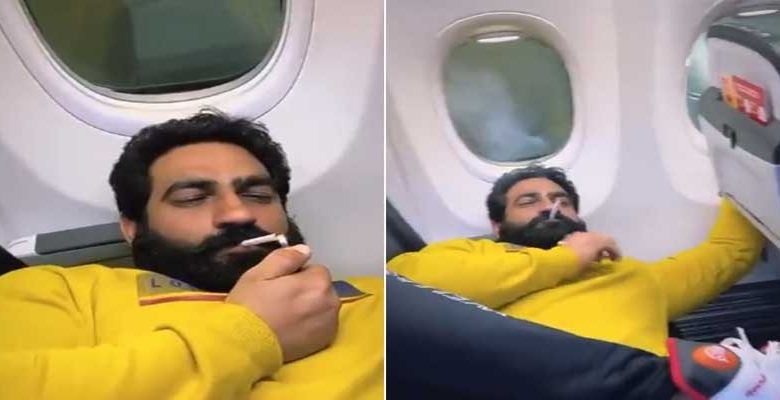 Aviation Minister Jyotiraditya Scindia on Thursday ordered a probe after a video surfaced on social media of bodybuilder Bobby Kataria smoking in a SpiceJet plane. The video shows Kataria lighting a cigarette in the middle seat of a SpiceJet plane. Kataria has 6.3 lakh followers on Instagram. Please note that passengers are not allowed to carry lighters in the aircraft. Passengers are also not allowed to smoke on the plane. Serious questions are being raised on SpiceJet regarding this.

According to sources, the smoking incident took place in SpiceJet's SG706 flight which was coming from Dubai to Delhi. When the video of this incident was posted on Twitter on Thursday, Scindia said that we are investigating it. There will be no tolerance for such dangerous behaviour. However, later Civil Aviation Minister Jyotiraditya Scindia said that the incident happened in January this year. Kataria had boarded a SpiceJet flight from Dubai. Police complaint has been registered.

He did not comment on what action SpiceJet has taken or is doing against Kataria. According to the rules of aviation regulator DGCA, if any passenger violates any rule then any airline has the right to ban such passenger for a certain period. In recent times, SpiceJet has been in the news due to several technical glitches. Due to technical reasons, he suddenly had to make an emergency landing of his plane. Regarding this, the DGCA has also imposed a ban on it to book only 50 percent passengers. In such a situation, his image will definitely be affected further due to another controversy.