Twitter is abuzz with a video of a kid on a toy tractor with a flag in support of farmers protest on it. Behind him is a cavalcade of tractors following him. 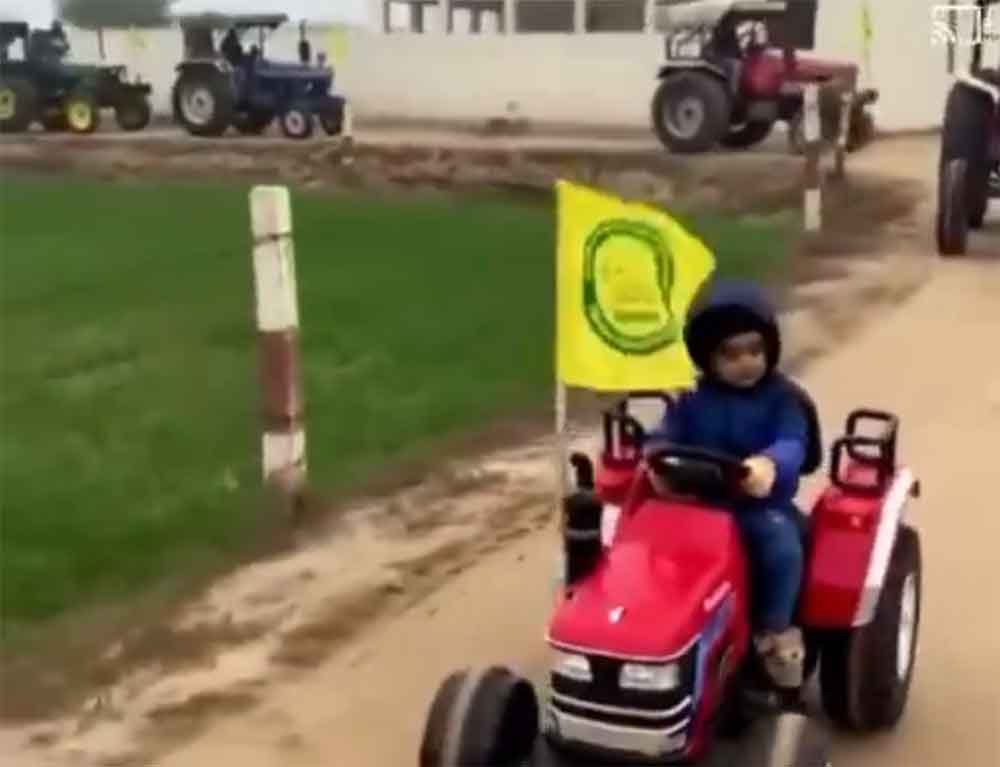 Twitter is abuzz with a video of a kid on a toy tractor with a flag in support of farmers protest on it. Behind him is a cavalcade of tractors following him.

It is not clear where the video was shot. However, it looks like a part of the tractors rally that farmers took out on January 7 at various places around Delhi.

Several people, especially the Aam Aadmi Party leaders, have posted on their Twitter handle with comments in support of the farmers’ protest.

MLA, Rajinder Nagar, Delhi, and National Spokesperson of the party, Chadha has been tweeting in support of the farmers’ demand to repeal the three farm laws.

AAP has taken a stand in favour of the farmers since the beginning of the protest and Chief Minister Arvind Kejriwal has provided all support to the farmers protesting at Delhi’s border.

CM Kejriwal tore off the copies of the three acts in the state assembly sessions alleging that the act will hurt the interest of the farmers.

Meanwhile, in the latest development, the eights round of talks are going on between the ministerial committee of the government and 41 associations of farmers from various states at the Vigyan Bhawan in Delhi.

The farmers have threatened that if the government will not agree to their demands, they will hold a tractor rally in the capital on Republic Day.