Nora Fatehi waves the Indian Flag at FIFA Fan Fest, sets the stage on fire with her enchanting dance moves. 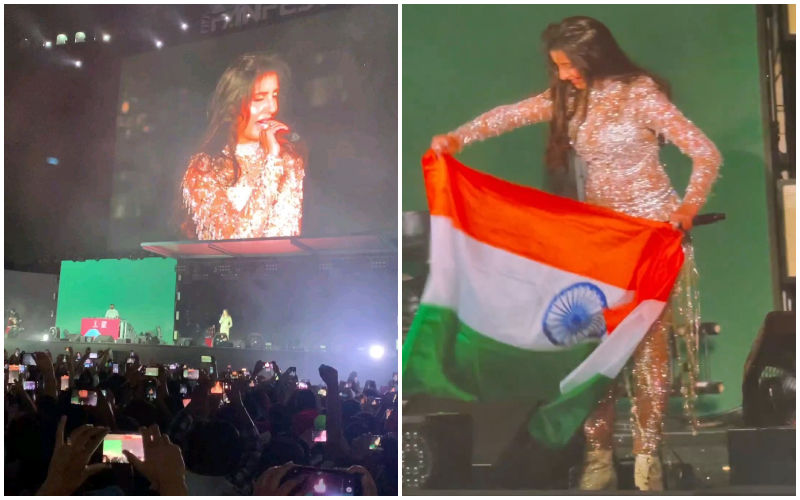 Nora Fatehi is known for her scintillating dance numbers. She recently performed at a fan fest during the FIFA World Cup in Qatar. During this event, winning everyone's hearts, she also gave the slogan of Jai Hind by taking the tricolor in his hand. Netizens say by doing this in an international-level event, Nora made Indians proud.

Many videos of this event are going viral on the internet. Nora danced to many Bollywood songs at this event. Now a video of this period is going viral in which Nora is raising the slogan of Jai Hind with the tricolor in her hand. During this, she also asks the people who came to the event to loudly raise the slogan of Jai Hind. It can be seen in the video that Nora tells the audience - "India is definitely not a part of the FIFA World Cup, but there is no lack of enthusiasm among Indians."

Fatehi is originally from Canada and has been active in Bollywood since 2014. She started his career with reality shows like Bigg Boss, and movies like Roar. She is known for performing dance numbers in Bollywood films. Apart from this, she has appeared in many Hindi and South films as an actress.