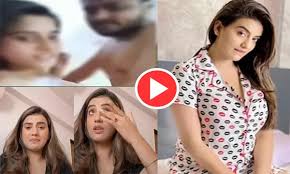 Earlier, a video was running on social media for the last few days. Which was being told as the private video of Akshara Singh. Actually, a channel called Moz Music Bhojpuri on YouTube shared the video of the actress saying that Akshara Singh's MMS video has gone viral. But, when it was investigated, this video proved to be fake. It is said that this video is two years old. The video has been made viral by cutting and pasting it.

Akshara Singh's two-year-old video is going viral on social media. She had raised questions about the Bhojpuri industry about two years ago. Some famous people were also accused of torture. The same video of Akshara Singh is being misrepresented again. Along with this, his fake MMS video is also going viral.