Verdict on Qutub Minar reserved: Hearing lasted for over One hour and Twelve minutes in Delhi's Saket court

Delhi Court to decide on 9th June 2022, as to whether the petition challenging the dismissal of suit seeking restoration of Hindu Temples in Qutab Minar Complex will be allowed 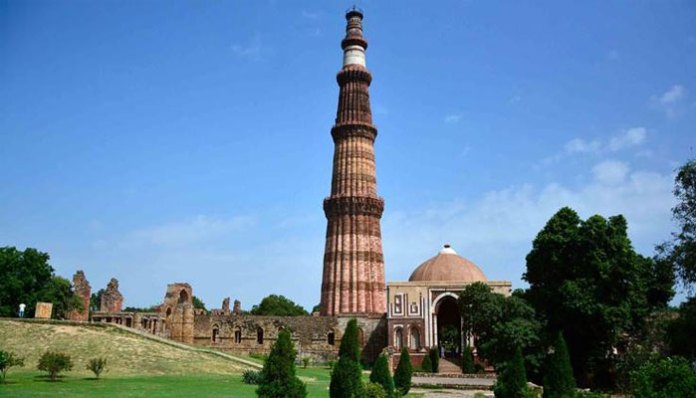 In regards to the Qutab Minar Controversy, the hearing has been completed in Delhi's Saket court. This happened after the petition for the right to worship in Qutub Minar was filed. A bench of Justice Nikhil Chopra has reserved the verdict on the petition seeking the right to worship the Hindu side. The verdict, in this case, came on 9 June. The court has asked both parties to submit a one-week brief report.

After this, it has been said that the Delhi Court will decide on 9th June 2022, as to whether the petition challenging the dismissal of suit seeking restoration of Hindu Temples in Qutab Minar Complex will be allowed.

However, during the hearing, the Archaeological Survey of India opposed the petition seeking the right to worship at the constant Qutub Minar. In the affidavit filed in the Saket court on Monday, it was also said that Qutub Minar is not a place of worship and its current status cannot be changed. Actually, the argument of the Hindu side was that a mosque has been built by breaking 27 temples, the remains of which are present there. Therefore the temples should be rebuilt there. On the other hand, the Muslim side says that the ASI has stopped the prayers in the Quwwat-ul-Islam Mosque.

Harishankar Jain, on behalf of the Hindu side, said that permission should be given for worship on the premises and trust should be formed for the protection of the idols. He said that under Article 25, he was being deprived of his constitutional right to worship. Also said- In the Ayodhya verdict, it is held that a deity lives, he never loses. If so, then my right to worship is saved.

Jain called the trial court's decision wrong and said that there are many religious buildings under the protection of ASI in the country where worship takes place. It is a place of pilgrimage, it will not be used for anything other than its character.