Varun Dhawan’s Ring slipped from his finger and fell into a Fan’s Hand, calls it 'Nature's Wonder'

While Dhawan was inside the PVR Cinema, promoting his movie, he was spotted wearing a silver-hued ring. However, Universe really had its favorite, as the elevated ring, in a Meet and Greet, reached a fan who shivered with excitement while calling it a "Nature's Wonder" 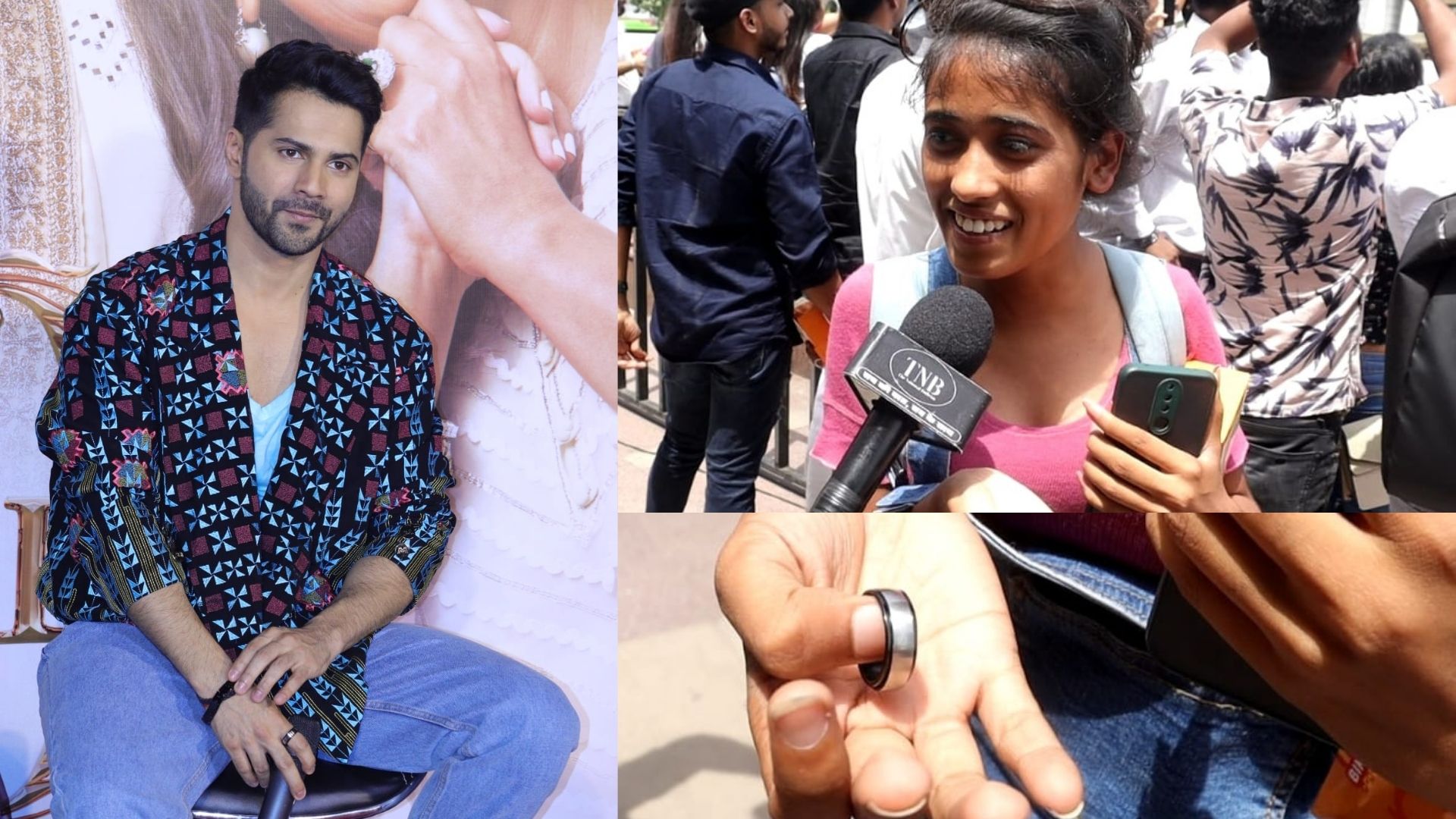 If somehow, we received any possession of one of our favorite celebrities, we’re sure we would be ecstatic, jump in eagerness, and who knows, eventually pass out. So, it was quite a norm when a fan, who got Varun Dhawan’s ring while shaking hands with him went bananas and shivered in excitement, saying "It's Nature's Wonder"

This happened when Varun Dhawan and Kiara Advani came to New Delhi to promote their upcoming movie, Jugg Jugg Jeeyo. The Bollywood heartthrob, as usual, garnered a massive crowd, and his gigantic fan following stood and waited hours for a mere glance.

While Dhawan was inside the PVR Cinema, promoting his movie, he was spotted wearing a silver-hued ring. However, Universe really had its favorite, as the elevated ring, in a Meet and Greet, reached a fan.

When The National Bulletin spoke to the fans who had just met the actor outside the theatre, one of the fans showed a ring that looked exactly like the one Dhawan wore. The fan, named Neha, said, “I shook his hand, and as a fan, I wanted to contain that moment. I was so lost while I held his hand, that I thought I held it for a while, and that was when his ring slipped into my hands. It wasn’t my intention, of course, but I am ecstatic that it happened. Before I could tell him anything about it, he had left. It certainly is "Nature's Wonder”, she added.

Was it the first time you saw him live, we asked to which she replied, “Yes, and I have always been a lifelong fan? I will never ever forget this, and the ring is going to be a souvenir I will cherish forever. I have always been a fan, and I am still trying to process this actually happened.”