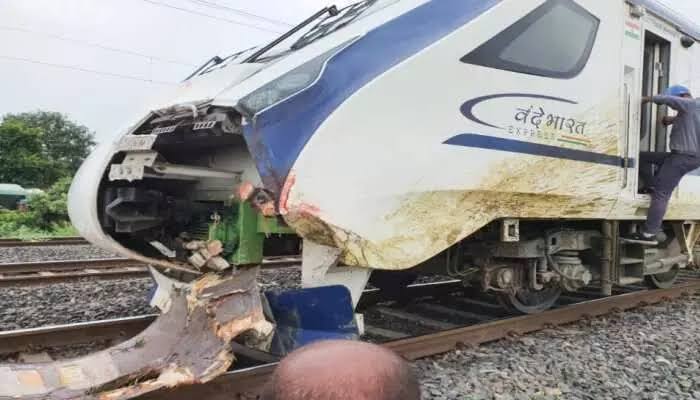 After removing the carcasses of buffaloes from the tracks after the accident, the train was sent to its destination. Western Railway Senior PRO said that the accident took place between Gairatpur-Vatwa station at 11.18 am. However, the railway has been appealing to the villagers around the railway track not to leave their cattle near the track.

Prime Minister Narendra Modi had flagged off the semi-high speed Vande Bharat Express train between Gandhinagar and Mumbai during his Gujarat visit on 30 September. The Prime Minister inspected the coaches of the Vande Bharat Express train and also took stock of the facilities available. He also inspected the control center of the locomotive engine of the train. PM Modi also interacted with workers, engineers and other employees working hard to make Vande Bharat trains a success.