PM Modi spoke to Manoj Sinha, the Lieutenant Governor of Jammu and Kashmir to apprise himself of the situation. 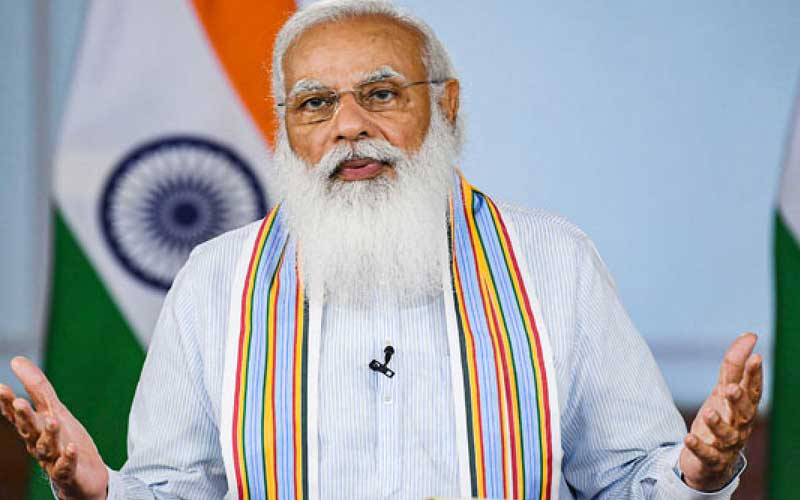 Prime Minister Narendra Modi has expressed deep grief over the loss of lives in a stampede at Mata Vaishno Devi Shrine.

PM Modi spoke to Manoj Sinha, the Lieutenant Governor of Jammu and Kashmir to apprise himself of the situation.

PM Modi has also approved an ex-gratia from the Prime Minister's National Relief Fund (PMNRF) for the victims of stampede at Mata Vaishno Devi Bhawan.

The Prime Minister’s Office informed in a tweet and said, "An ex-gratia of Rs. 2 lakh each from PMNRF would be given to the next of kin of those who lost their lives due to the stampede at Mata Vaishno Devi Bhawan. The injured would be given Rs. 50,000: PM @narendramodi."

12 devotees lost their lives and many were injured when a stampede triggered among devotees after an altercation on the New Year.

According to eyewitnesses, there was a huge rush at the shrine which became uncontrollable after a group of young boys had a heated argument. Those who were injured have been admitted to the hospital.