Vaccination for senior citizens begins by the next week

The vaccination programme will be tethered to the CoWin digital platform, where senior citizens are expected to self-register. It will notify them the dates of the shots to be taken via sms. 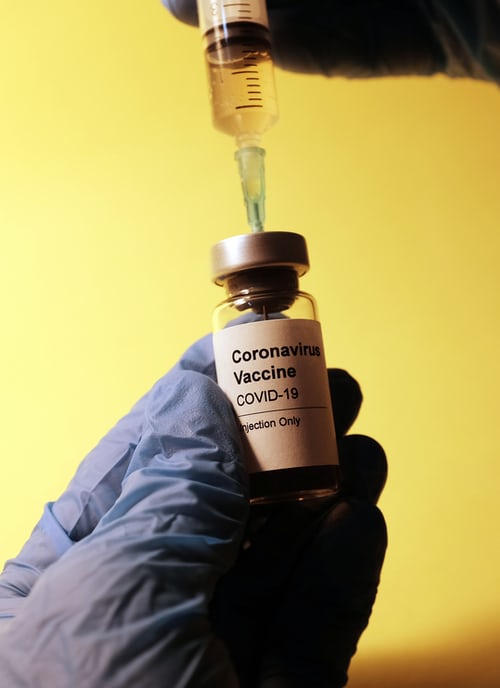 The Central government has declared yesterday that everyone above the age of 60 and over 45 with comorbidities will be able to receive Covid-19 vaccination beginning from March 1.

The vaccination programme will be tethered to the CoWin digital platform, where senior citizens are expected to self-register. It will notify them the dates of the shots to be taken via sms.

The beneficiaries will not have to pay anything at around 10,000 government centres while this might be priced at Rs. 20,000 at 20,000 private hospitals. The union minister Prakash Javadekar said informed the media. However, the government will be involved in setting the vaccination costs in some days after discussions with vaccine manufacturers -- Bharat Biotech and Serum Institute of India and private hospitals.

This should be noted that the Central government will have a control over the supply and distribution of the doses, acquiring doses from the vaccine makers before distributing them to the states.

However, co-win hasn’t proved up to the mark for notifications to the recipients. The earlier beneficiaries have complained of not receiving the messages or receiving them late via the digital platform as it tripped the vaccine roll out too often.

One of the examples of from the Uttar Pradesh’s joint commissioner of police Naveen Arora. He was supposedly among the frontline workers identified to get the shot. He received the SMS notifying him of his schedule in the afternoon for a shot he was to get that morning. Such complains abound especially from Bihar, Maharashtra, Punjab, Assam and elsewhere.

“The software is sending messages to recipients who are not due for the second dose, while those who need them are being missed out, causing confusion,” Dr Bhaskar, Punjab Covid nodal officer, has been reported saying. This can be noted that those receiving first shot have complains of side-affects such as nausea, mild fever and stomach ache and so on.

While the director of All India Institute of medical sciences (AIIMS) has declared that the belief that India has a habit of herd immunity is a myth, a slew of health experts, not a part of any government or private health organisations are cautioning against these vaccinations saying these are a way to make the medical fraternity and pharmaceutical industry in collaboration with the industrialists and the governments to swell their finances while extracting money from the beneficiaries like many expensive private hospitals, who do not declare a dead person dead till they extract every penny from the dead family’s riches.

The experts also opine that there can be no vaccine for flu ever as the flu can never go off. Every year one vaccine is generated for flu but that is never successful given that it happens from the impurities of the atmosphere that is ever changing.

“The best way, is to keep the immunity strong by eating properly and habitalising the body for some exercises so that it can take any flu into stride and fight it well. Any vulnerable and weak body will be a host for mot only Covid-19 but other diseases too,” said a Delhi-based medic Suresh Khanna.

This should also be noted that in India sees more deaths that happen by flu than any other disease according to the documented health data available. India needs to do more to prevent seasonal flu that kills despite having a vaccine, say health experts.