On the third day of the vaccination drive, 1,48,266 people were vaccinated till 5 PM, according to a press release by the Ministry of Health & Family Welfare. 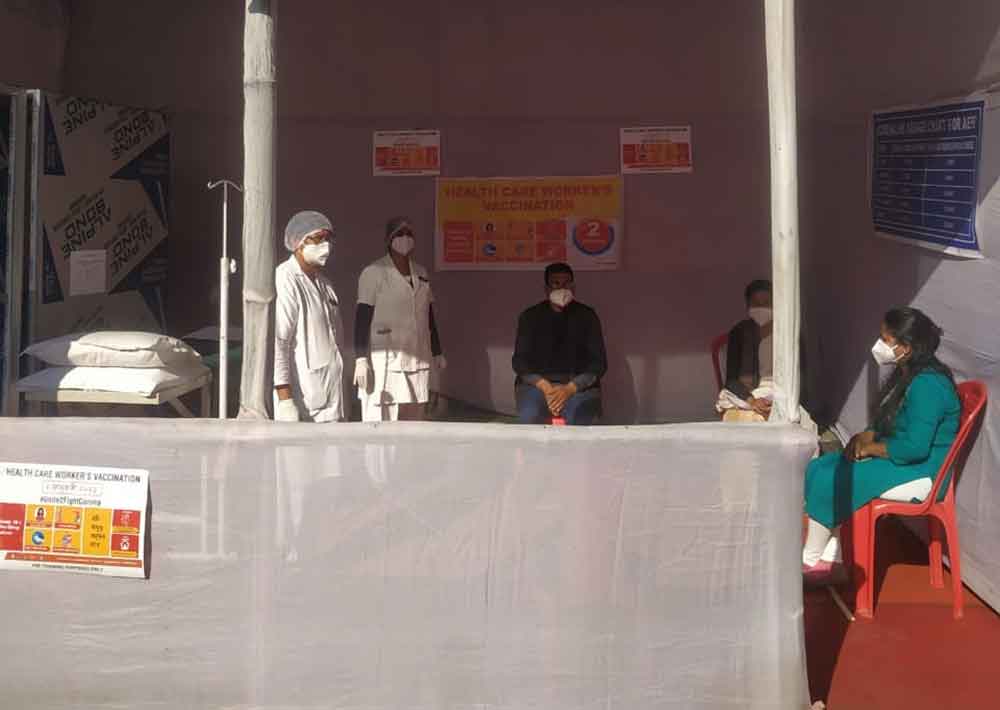 On the third day of the vaccination drive, 1,48,266 people were vaccinated till 5 PM, according to a press release by the Ministry of Health & Family Welfare.

It released a provisional report which says that in the past three days since the massive countrywide vaccination programme has started, a total 3,81, 305 have been vaccinated and the final report will be compiled late at night.

The government started its vaccination programme on January 16 and in the first phase, it plans to vaccinate 3 crore healthcare and frontline workers.

There is a total of 580 people who have suffered from an adverse event following immunization (AEFI), which according to the Ministry, is an unexpected medical occurrence which happens after immunization and which may or may not have a link with the vaccination process.

Out of 580 cases, seven people were admitted to hospital.

“Of the three cases reported from Delhi, two have been discharged whereas one case with reporting fainting is under observation at Max Hospital, Patparganj,” the release said.

“The reported case of AEFI in Uttarakhand is stable and under observation at AIIMS, Rishikesh,” it adds.

Two deaths have been also been reported. The Ministry says the one case has no link with vaccination while in another case the post mortem report is yet to be done.