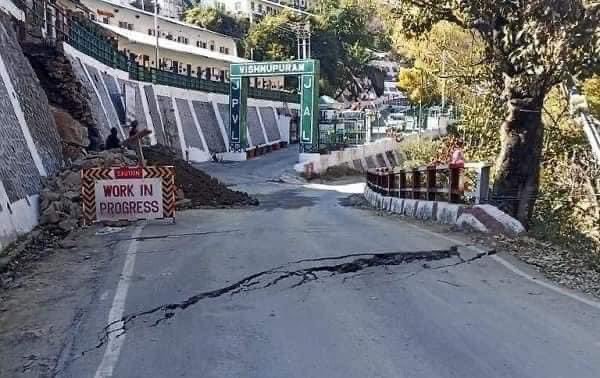 In Joshimath, Uttarakhand, the state government is keeping an eye on the situation amid land subsidence and cracks in many houses and buildings. On Friday, a meeting was held under the chairmanship of Chief Minister Pushkar Singh Dhami regarding land subsidence in Joshimath, in which DGP, Additional Chief Secretary, Additional Secretary and Disaster Officer were present. Garhwal Commissioner and District Magistrate also joined the meeting through video conferencing from Joshimath. Meanwhile, the Uttarakhand government has decided to pay rent to 600 families affected by landslides in Joshimath. Affected families will get an honorarium of Rs 4000 per month for 6 months.

In a meeting related to the landslide in Joshimath at the Secretariat on Friday, the Chief Minister took a ground report on the situation from Commissioner Garhwal Mandal, Secretary Disaster Management and District Magistrate Chamoli and asked to set up a large temporary rehabilitation center at a safe place at the earliest and to vacate the danger zone immediately. instructions have been given. Along with this, instructions have also been issued to prepare sector and zonal war plans and activate the disaster control room without delay. The Chief Minister is constantly taking updates from the officials of Joshimath area.

It has been said on behalf of the CM that the Uttarakhand government is working with full intensity towards the solution of this problem. Our top priority is the safety of the citizens and the solution to the problems in the area. Tell me, due to land subsidence in Joshimath, Uttarakhand, cracks have appeared in hundreds of houses.