Relief work on an unprecedented scale is going on in Tapovan, Karnprayag, Joshimath, Chamoli, and in several other areas where a glacier burst caused a massive flood in Dhauli Ganga, Rishi Ganga, and Alaknanda rivers on February 7. 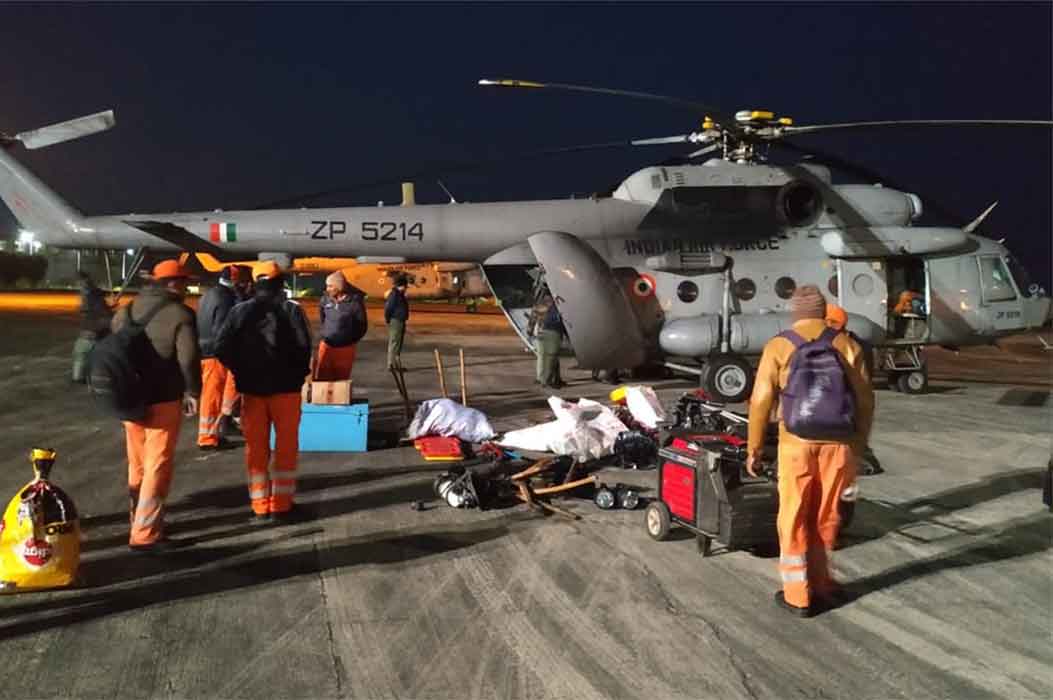 Relief work on an unprecedented scale is going on in Tapovan, Karnprayag, Joshimath, Chamoli, and in several other areas where a glacier burst caused a massive flood in Dhauli Ganga, Rishi Ganga, and Alaknanda rivers on February 7.

Two hydro projects of National Thermal Power Corporation - Tapovan-Vishnugad and the Rishi Ganga – have suffered extensive damage and many labourers are feared to be trapped in the tunnel where the water rushed in.

Providing an update on the ground rescue operations, the Chief Minister of Uttarakhand Trivendra Singh Rawat said, “Our brave-hearts worked throughout the night and have reached the mouth of tunnel...rescue operations are ongoing in full swing & we are hoping to save more lives. Unfortunately, rescue teams have also recovered 11 dead bodies so far. Our thoughts and prayers are with everyone.”

Uttarakhand Police, which is also assisting in the rescue operations has said that the situation has been dealt with now to a great extent and there is no need to worry about.

“Out of about 202 missing people, there are frequent reports. 12 people have been saved safely from Tapovan's small tunnel, the debris of the second tunnel is being removed. Now the situation is normal. The police team is engaged in rescue,” the Police said.

Ashok Kumar, DGP, Uttarakhand has also said that the rescue operation is on and there is no need to panic or spread any rumour about the casualties.

The State Disaster Response Force along with and rescue agencies are also distributing food and relief packets along with rescuing those who are stuck at various places.

SN Pradhan, DG, National Disaster Response Force have also provided updates on rescue work and said that MI 17 helicopters have been pressed into service with more forces for rescue and relief work.