The event was organized to coincide with the Birth Anniversary of Sri Gidugu Venkata Rama Murthy, a Telugu linguist and pioneer in promotion of the language. 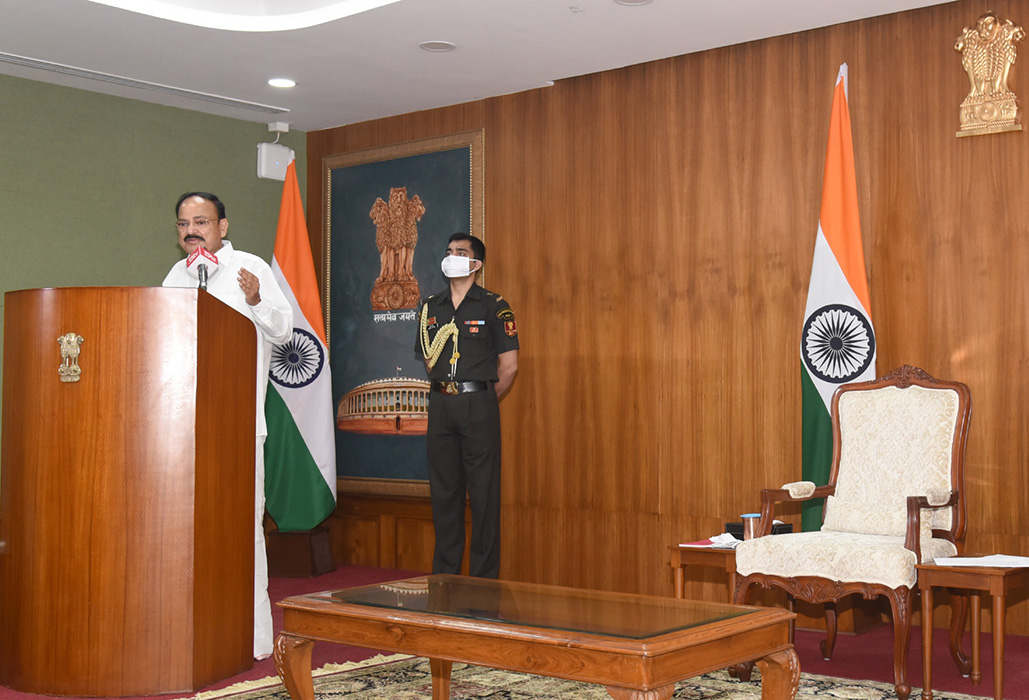 The Vice President, M Venkaiah Naidu said the native languages or mother tongues should be used extensively in various fields including administration. He stressed that imparting education in mother tongue will enable a child to grasp and understand the subjects better than in any other language.

He was addressing a webinar on “Our Language, Our Society and Our Culture” on the occasion of Telugu Language day. The event was organized by South Africa Telugu Community (SATC). Telugu language experts and members of Telugu associations from all over the world, including London, Sydney, Canberra, Abu Dhabi, Scotland, Hong Kong, South Africa, New Zealand and Germany participated in the video conference.

The event was organized to coincide with the Birth Anniversary of Sri Gidugu Venkata Rama Murthy, a Telugu linguist and pioneer in promotion of the language.

Naidu asserted that language and culture lay the foundation for the development of the society.

Stressing the need to preserve and protect Telugu language, he said that all Telugus irrespective of whether they are living in India or abroad must strive for the promotion of their language and culture.

The Vice President also called for developing simple scientific terminology in Telugu language saying it will help the common people to have a better understanding of science and technology.

The Vice President said there should be a thorough review and introspection of the progress made in using Telugu and other Indian languages in day-to-day life. He said that a language symbolizes the richness of one’s civilization. The language also denotes the importance of games, languages, festivals and arts in society at large.

Naidu said the glorious heritage and richness of a language can be protected and preserved only by passing it to the coming generations.

Observing that many native languages across the world were facing the risk of marginalisation in the era of globalisation, he cautioned that they would become extinct if the trend continued. The Vice President pointed out that countries like France, Germany, Russia, Japan and China were able to effectively compete with other developed nations although they accorded predominance to their native languages in all fields.

Paying rich tributes to Sri Gidugu Venkata Rama Murthy, he described him as a multi-linguist, historian and a social visionary, who strove to simplify Telugu language and make it more comprehensible to the common man. Because of his untiring efforts, the language has percolated to the masses.