The supporters of the outgoing US President Donald Trump created unprecedented violence at Capitol Hill, the seat of the US government. 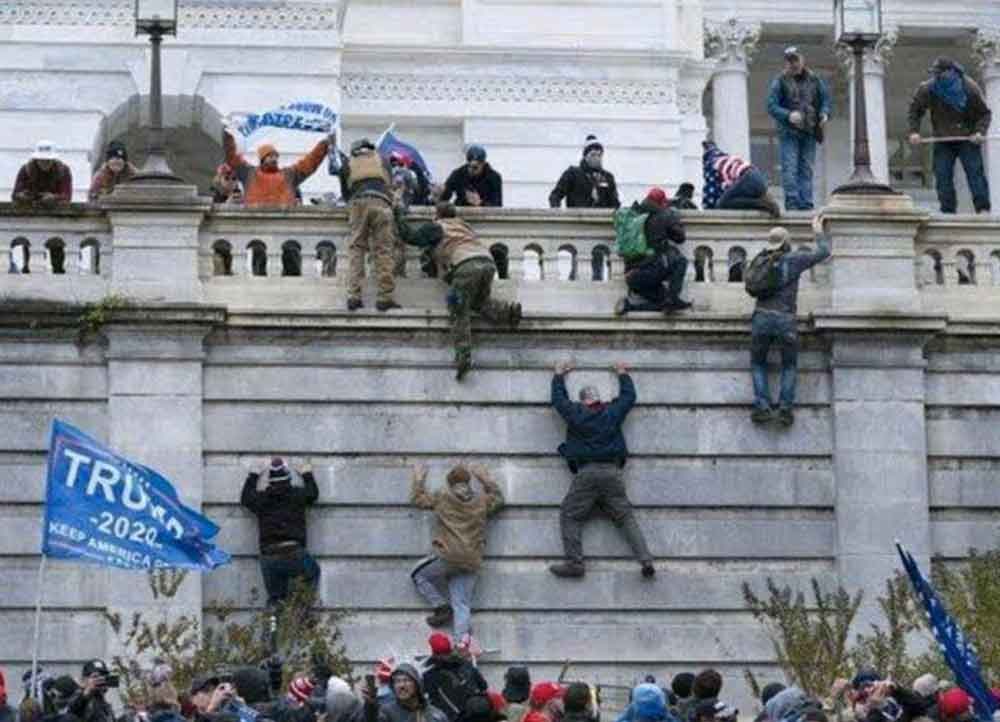 The supporters of the outgoing US President Donald Trump created unprecedented violence at Capitol Hill, the seat of the US government.

Four people have been reported dead in the violence as of now.

The rioters stormed Capitol Hill when the Congress session was going on to certify Joe Biden’s win in the US election.

President Trump had opposed the election results and had said that Biden won in an unfair manner.

“History will rightly remember today’s violence at the Capitol, incited by a sitting president who has continued to baselessly lie about the outcome of a lawful election, as a moment of great dishonour and shame for our nation,” he said.

Here’s my statement on today’s violence at the Capitol. pic.twitter.com/jLCKo2D1Ya

Although Trump tried to calm down his supporters and tweeted, “I am asking for everyone at the U.S. Capitol to remain peaceful. No violence! Remember, WE are the Party of Law & Order – respect the Law and our great men and women in Blue. Thank you!”

The security forces undertook a four-hour-long operation to clear the Capitol Hills.

Despite the violence, the lawmakers resumed the session and reconvened when the situation was brought under control. They certified Biden’s election victory amidst the protest from the Republicans.

The world leaders expressed shock and dismay at the violence.

PM Modi said that orderly and peaceful transfer of power must continue.

“The democratic process cannot be allowed to be subverted through unlawful protests,” PM Modi said.