The country has reached an agreement with Pfizer to buy 500 million doses of COVID-19 vaccine to distribute to nearly 100 countries around the globe, as the centrepiece of President Joe Biden's initiative of COVAX alliance. 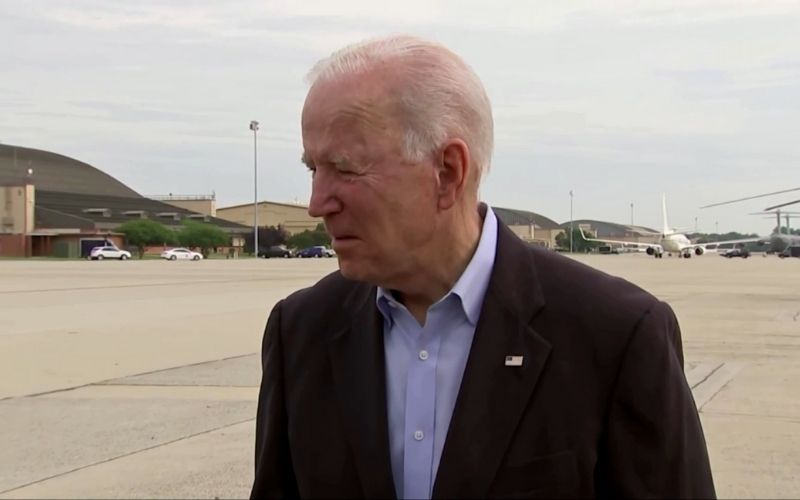 Biden was set to make the announcement before the G7 summit began on Thursday (Photo Credit: Reuters)

According to the US reports, the country has reached an agreement with Pfizer to buy 500 million doses of COVID-19 vaccine to distribute to nearly 100 countries around the globe, as the centrepiece of President Joe Biden's initiative of COVAX alliance.

Further, under this scheme, Biden was set to make the announcement before the G7 summit began on Thursday. According to the reports, 200 million doses — sufficient to fully protect 100 million people — would be distributed this year, while the remaining will be donated in the first half of 2022.

As per national security adviser Jake Sullivan, Biden was committed to supplying vaccines, since it is in the US's public health and strategic interests. As he embarks on his first overseas trip, Biden intends to convey "that democracies are the countries most able to give solutions for people everywhere," Sullivan stated.

“We were the ‘arsenal of democracy' in World War II, as he declared in his joint session (address). Over the following few months, we'll be the 'arsenal of vaccines,' helping to put an end to the pandemic,” Sullivan explained.

A source close to the situation confirmed the Pfizer sharing agreement to AP on the condition of anonymity ahead of the president's public announcement.

The US is under increasing pressure to clarify its worldwide vaccine sharing strategy. Inequities in supplies have grown more severe around the world, while demand for shots has plummeted in the US, where over 64% of adults have received at least one dosage.

The statement came a week after the White House announced plans to donate an initial allotment of 25 million doses of surplus vaccine overseas, mostly through the UN-backed COVAX programme, promising infusions for South and Central America, Asia, Africa, and others at a time when there are severe shortages elsewhere.

Overall, the White House has stated that 80 million doses will be distributed internationally by the end of June, the majority of which will be through COVAX. Officials said a quarter of the country's surplus will be kept in reserve for crises and shared directly with friends and partners by the US.

Allies such as South Korea, Taiwan, and Ukraine have also received dosages from the White House.

Global public health organisations had intended to use the next G-7 meetings in Cornwall, England, to encourage the world's wealthiest countries to do more to distribute vaccines, and Biden's proposals were hailed as a step in the right direction.

Tom Hart, the acting CEO of The ONE Campaign, an organisation dedicated to ending poverty, said that "the Biden administration's decision to acquire and deliver extra Covid-19 vaccine shots exemplifies the kind of courageous leadership required to end this worldwide pandemic. This action sends a strong statement about America's commitment in aiding the worldwide fight against the pandemic, as well as the enormous force of US global leadership.”

On Wednesday, Sullivan told reporters that he does not expect the United States' attempt to waive vaccination patents to generate conflict with European counterparts.

"We're all converging around the view that we need to improve vaccine supply in a number of ways, including sharing more of our own doses. We'll have more to say about that as we work to increase global production capacity,” Sullivan said.

Reportedly, more than 3.7 million have died as a result of Covid-19, and more than 174 million people have been confirmed infected, around the world.