"What I propose – and join those who are proposing – is a diplomatic boycott," Pelosi said, in which “lead countries of the world withhold their attendance at the Olympics." 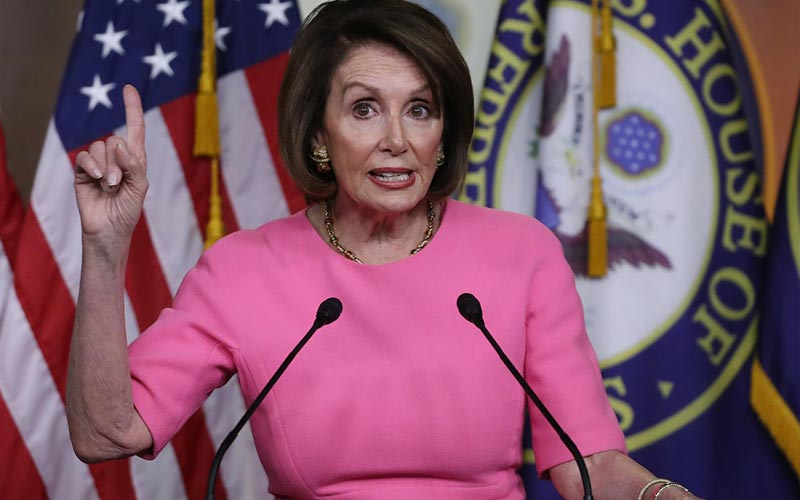 Nancy Pelosi, Speaker of the US House of Representatives, has called for a boycott of the 2022 Winter Olympics in Beijing, blaming China for human rights violations and claiming that world leaders who participate would undermine their moral duty.

Democrat leader, Nancy Pelosi told a joint congressional hearing on the subject that world leaders should boycott the games, which are set to take place in February.

"What I propose – and join those who are proposing – is a diplomatic boycott," Pelosi said, in which "lead countries of the world withhold their attendance at the Olympics."

She further added, "Let's not honour the Chinese government by having heads of state go to China."

U.S. politicians have been more outspoken over an Olympic boycott or venue relocation, and have slammed American corporations, claiming that their inaction and silence on what the State Department calls a genocide of Uyghurs and other ethnic minorities in China is aiding the Chinese government.

The hearing's chairman, Republican Congressman Chris Smith, said corporate supporters should be invited to appear before Congress and "held to account."

While Jim McGovern, a Democratic Congressman said that the Games should be delayed to allow the International Olympic Committee opportunity to "relocate to a country whose government is not committing atrocities."

The call for a boycott of the Beijing Olympics is increasing. Republican Senator Mitt Romney proposed an amendment last month to widen anti-China law that would impose a diplomatic blockade on China.

US efforts to intervene with China's internal relations over the Olympics, according to Chinese Embassy spokesman Liu Pengyu, are destined for failure.

Liu in a statement said, "I wonder what makes some US politicians think they actually have the so-called 'moral authority'? On human rights issues, they are in no position, either historically or currently, to make wanton groundless criticism against China."