The US Navy disclosed on Wednesday that it conducted a freedom of navigation operation in Indian waters without prior permission to challenge India's "excessive maritime claims." 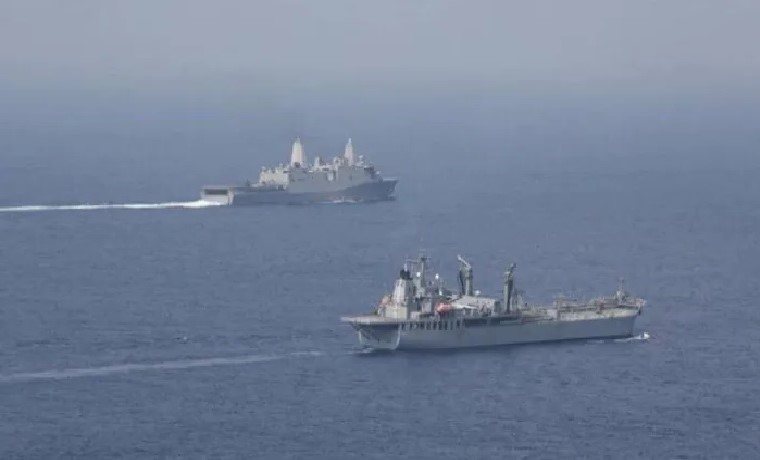 In a highly unusual move, the US Navy publicly declared it conducted “freedom of navigation operations” in India’s Exclusive Economic Zone (EEZ) near Lakshadweep earlier this week, without deliberately seeking New Delhi’s prior consent, drawing an Indian response that the American warship was "continuously monitored" and concerns were conveyed to the Biden administration.

The strongly-worded nature of the US Seventh Fleet statement was evident as it said India's requirement of prior consent is inconsistent with international laws and the “freedom of navigation operations (FONOPs)” was intended to challenge its “excessive maritime claims”.

Following on the heels of President Joe Biden's Quad Summit, which was seen as a powerful strategic convergence among the US, India, Japan, and Australia, the American naval deployment raised more than a few eyebrows.

“India wants prior permission for military drills or manoeuvres in its EEZ or continental shelf, which is contrary to international law. By opposing India's excessive maritime claims, this FONOP defended the privileges, freedoms, and lawful uses of the sea recognised in international law,” the US Navy said in a statement.

In response to the provocative statement released by the US Seventh Fleet, that ironically engaged in gunboat diplomacy towards India during the 1971 war, the external affairs ministry said on Friday, "India's current stance on the United Nations Convention on the Law of the Sea (UNCLOS) is that the convention does not authorise other States to carry out in the EEZ and on the continental shelf, migrating activities."

"The passage of the USS John Paul Jones (US guided-missile destroyer) from the Persian Gulf to the Malacca Straits was continuously controlled. We have communicated our objections about this passage via our EEZ to the US government through diplomatic channels,” the MEA added.

The United States, which has not recognized the UN Convention on the Law of the Sea, unlike India, China, and many other countries, conducts FONOPs regularly in the contentious South China Sea to challenge China's hostile territorial claims, as well as in other areas such as the Indian Ocean Region.

The “tone and tenor of the hostile formal announcement” of FONOPs in India's EEZ, however, raised the hackles of the Indian security establishment at a time when the US is seeking India's closer cooperation through the Quad and other mechanisms to foster “credible deterrence” against China in the Indo-Pacific.

“Yes, EEZs are international waters in which foreign ships cannot be obstructed. The US Navy conducts FONOPs in various countries' EEZs, including India's, but making such a confrontational and provocative remark about India is quite unusual,” said a senior official.

“India ratified the UN Convention on the Law of the Sea in 1995, but the United States has yet to do so. Furthermore, India's domestic laws require any country conducting military manoeuvres in its EEZ to provide prior notice. Of course, if the movement does not pose a threat to us, we do not consider its military activity,” he said.

According to a statement from the US Seventh Fleet, on April 7, the Arleigh Burke-class guided-missile destroyer USS John Paul Jones “asserted navigational rights and freedoms” about 130 nautical miles west of the Lakshadweep Islands, “without demanding India's prior consent.”

On a regular basis, US forces operate in the Indo-Pacific, with all activities planned to “demonstrate that the US can travel, sail, and operate wherever international law allows.”

“As we have done in the past and will continue to do in the future, we perform routine and daily FONOPs. FONOPs are not for one nation or making political statements,” the US Navy said. Following appropriate alerts, Indian warships have driven away a few Chinese research vessels approaching the Indian EEZ and engaging in "suspicious military action."

“The right of a coastal country to prevent foreign ships from conducting military operations in its EEZ is not recognised by the United States and many other countries. According to another officer, “a more charitable interpretation may be that the US is conveying to China that we consider friend and foe alike when it comes to freedom of navigation in the global commons.”