In light of the Report US imposes sanctions, visa bans on Saudis for Khashoggi's killing 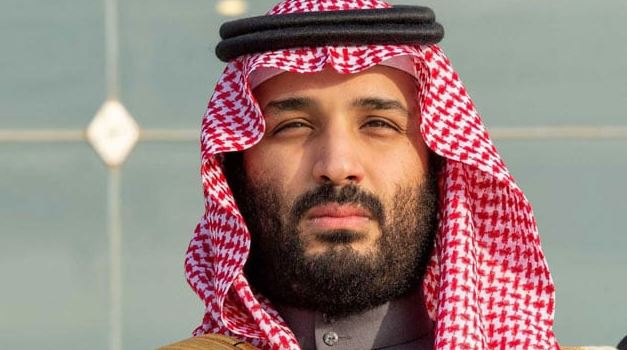 A US intelligence report was made public yesterday. The report says that the Saudi Crown Prince Mohammed bin Salman "approved" the gruesome murder of the dissident arab journalist and US Citizen Jamal Khashoggi.

Mohammed bin Salman, the de facto ruler of Saudi Arabia and due to take over from the ailing King Salman, "approved an operation in Istanbul, Turkey to capture or kill journalist Jamal Khashoggi who was a critic of Mohammed bin Salman and a columnist with Washington Post," the report said.

The intelligence report further said that given Prince Mohammed's influence in his country, it was "highly unlikely" that the murder in 2018 could have taken place without his knowledge and without him approving it. The killing and the way it was executed also fit a pattern of "the Crown Prince's support for using violent measures to silence dissidents abroad."

Khashoggi, a journalist and a vocal critic of Prince Mohammed bin Salman, was a columnist with The Washington Post and a US resident. He was lured into a trap to visit the Saudi consulate in Istanbul in October 2018 where he then killed and gruesomely cut into pieces.

The US post declassification of the Intelligence Report has announced sanctions and visa bans targeting Saudi Arabian citizens over the 2018 killing of journalist. Despite blaming Saudi crown prince, the US stopped short of imposing sanctions on Mohammed bin Salman himself.

The new U.S. President Joe Biden's actions in the first weeks of his administration seems to be aimed at fulfilling campaign promises to realign Saudi ties after critics accused his predecessor of giving the Arab ally a pass on gross human rights violations.

Officials on condition of anonymity, said the approach aims to create a new launching-off point for ties with the kingdom without breaking a core relationship in the Middle East. Relations have been severely strained for years by the war in Yemen and the killing of Khashoggi.

The decisions seem to be designed to preserve a working relationship with the Saudi prince even though U.S. intelligence concluded that he approved the operation to capture or kill Khashoggi.

The RIF, the chosen few who directly provide security detail to the Prince, was singled out in the declassified U.S. intelligence report for its role in Khashoggi's killing.

"Those involved in the abhorrent killing of Jamal Khashoggi must be held accountable," Treasury Secretary Janet Yellen said in a statement. The move freezes any U.S. assets that the Saudi individuals held and generally bars Americans from dealing with them.

The United States also announced visa restrictions against 76 Saudi citizens as part of a new policy aimed at nations that carry out activities against journalists and dissidents beyond their borders. Such activities include efforts to suppress, harass, surveil, threaten or harm them.

This visa ban will also be selectively applied to family members, officials said. "As a matter of safety for all within our borders, perpetrators targeting perceived dissidents on behalf of any foreign government should not be permitted to reach American soil," Secretary of State Anthony Blinken said in a statement.

A second U.S. official noted that, although Saudi citizens were named in the first use of what the State Department called the "Khashoggi Ban" on visas, "it's really a new global tool." Additionally, the U.S. State Department said it will start documenting in its annual human rights report any programs by Saudi Arabia and other countries that monitor, harass or target dissidents and journalists.

Biden administration officials say the decisions on sanctions and visa bans will send a clear message about how the United States wants to see the future U.S.-Saudi relationship.

Biden earlier this month declared a halt to U.S. support for a Saudi Arabia-led military campaign in Yemen, demanding that the more than six-year war, widely seen as a proxy conflict between Saudi Arabia and Iran, had to end.

Earlier, the new US President Joe Biden ordered a declassified version of the report -- first completed under his predecessor Donald Trump -- to be released as part of a reset in which Washington is distancing itself from Prince Mohammed.

This comes on the heels of a first phone call between Biden and King Salman late on Thursday, when the White House made clear that Biden had no intention of speaking to the 35-year-old crown prince. The White House said that Biden and the 85-year-old king emphasized the countries' security ties and "the US commitment to help Saudi Arabia defend its territory as it faces attacks from Iranian-aligned groups." However, in a shift from the Trump era, Biden also "affirmed the importance the United States places on universal human rights and the rule of law."

Just one month after the murder, the US Central Intelligence Agency concluded with high confidence that Prince Mohammed had ordered the assassination, according to The Washington Post. But, determined to maintain strong relations with Riyadh, Trump refused to publicly hold the Saudi strongman responsible, even as the US government demanded the perpetrators be punished.

The published intelligence report asserts that the 15 people sent to target Khashoggi in Turkey included members of Prince Mohammed's "elite personal protective detail," the Rapid Intervention Force. Sources say that US intelligence also discovered a phone call from Prince Mohammed to his brother Khalid bin Salman, the Saudi ambassador to the United States, in which Prince Mohammed gave instructions for luring Khashoggi to Istanbul.

Another piece of evidence was a recording of the murder obtained by Turkish intelligence from inside the Istanbul consulate. This helped identify the participants and showed communications between them and Riyadh.

Many observers of Saudi Arabia believe the murder could not have taken place without the knowledge of Prince Mohammed, a calculating strongman who has jailed a number of critics and locked up competing factions in the royal family.

Under heavy pressure from the United States and the international community, the Saudi government put some of the perpetrators on trial.

Five unnamed defendants were sentenced to death and three others given stiff prison terms. Nine months later, the death sentences were withdrawn by the court and replaced with sentences of up to 20 years. Amnesty International and Reporters Without Borders both branded the case a "parody of justice."