US government withdraws staffers from embassy at Kabul

If the US fails to meet the May 1st timeline, the Taliban will resort to intensify their attacks of violence. 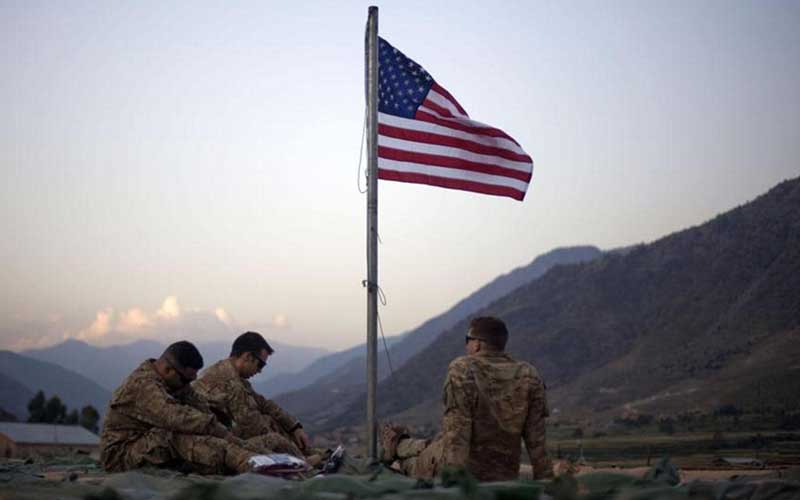 On Tuesday, the US Embassy in Afghanistan stated that it has asked all non-essential staffers to leave the country as fears grow regarding threats of aggression and violence once the Taliban's deadline of May 1st for all US and NATO troops to leave the region expires.

In a travel advisory released on Tuesday, the US Advisory stated that it "ordered the departure from U.S. Embassy Kabul of U.S. government employees whose functions can be performed elsewhere."

If the US fails to meet the May 1st timeline, the Taliban will resort to intensify their attacks of violence. It was unclear how many US staff members would depart from Afghanistan in the coming days and how many would remain in the country.

The US Embassy's capability to provide emergency services to US citizens in Afghanistan is extremely restricted, according to the advisory, especially beyond the Kabul region.

All American citizens planning to depart Afghanistan should do so as early as possible, according to the US government.

According to the terms of the US-Taliban agreement signed last year, all US troops and contractors had to withdraw by May 1st in exchange for the Taliban's security assurances. President Biden said earlier this month that the US would retreat entirely by September 11th, the 20th anniversary of al-Qaida's attacks on the US that led to the US invasion of Afghanistan in 2001.

Antony Blinken, Secretary of State said, “Even as we’re withdrawing our forces, we are not disengaging from Afghanistan,” he further explained, “We’re remaining deeply engaged in the diplomacy, in support for the Afghan government and its people, development, economic assistance, humanitarian assistance, support for the security forces.”

Zalmay Khalilzad, US Special Representative for Afghanistan Reconciliation on Tuesday emphasized that the country will withdraw its military forces "responsibly, deliberately and safely", while testifying before a US Senate Committee.

He told US Senators on Tuesday that the threat posed by militant groups to the US had evolved and spread globally also the pricey involvement in Afghanistan was no longer justified. He said that the United States will maintain capabilities in the country that would enable its military to intervene in Afghanistan if required.