Introduced last week by Bihar CM Nitish Kumar, the Bihar Police Bill seeks to reform the Bihar Military Police, to strengthen internal security. However, the opposition alleged that this Bill empowers the force to arrest people without a warrant. 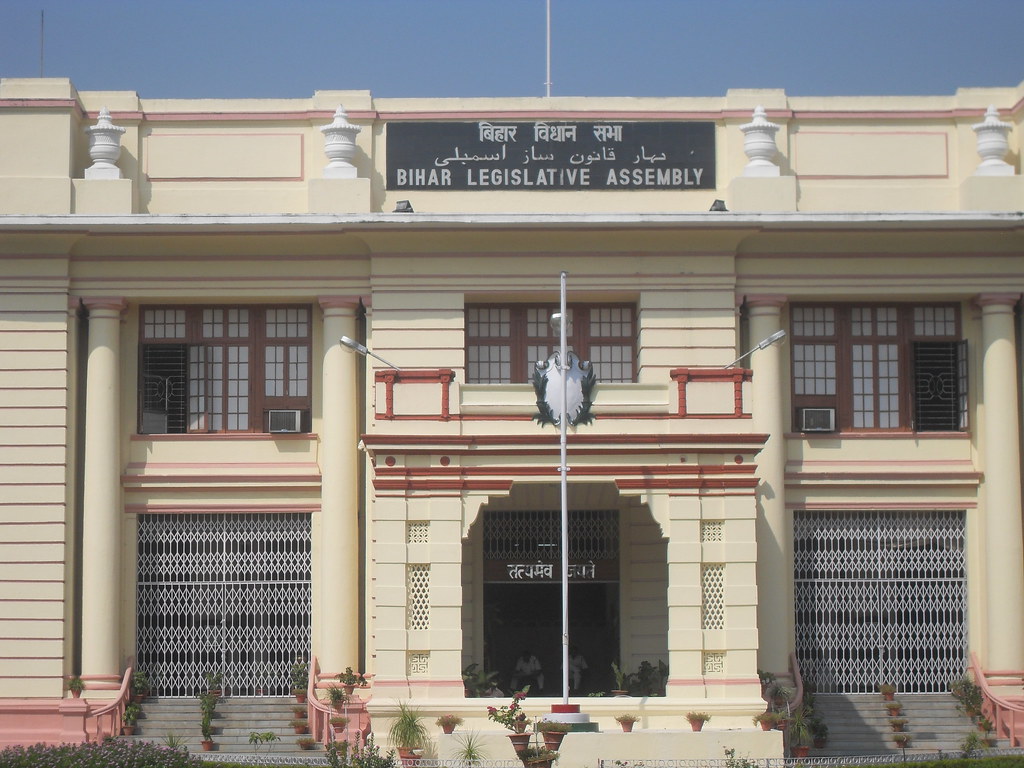 Amid Uproarious scenes in the Assembly and heated protests outside by the RJD-led Opposition against Bihar Special Armed Police Bill, 2021, introduced by the Nitish Kumar government in a bid to give its police more teeth, “a special trained force” is needed “to strengthen internal security”.

Nevertheless, in the late evening at a well past stipulated time, the Bill was passed by the assembly amid a “walkout” by opposition MLAs who squatted outside with raised slogans, scorned by how they were evicted from the hall by men in uniform.

The Bihar Special Armed Police Bill, 2021 attempts to reform the existing Bihar Military Police (BMO) into a 'special armed force' that can be deployed to secure industrial units on the lines of the Central Industrial Security Force (CISF).

The Opposition has termed the Bill as “black” legislation, pointing out the contentious Section 7 in the Bill that authorises the newly formed force to arrest any person and search anyone’s premises without a warrant, only based on suspicion. Till now, only the district police have the powers to conduct arrests, according to the rules so far.

In the assembly, the RJD legislators staged loud protests preventing the Speaker from entering the House. First, the Speaker was impeded from taking his seat by women RJD legislators who had climbed on to the podium. Whereas other MLAs created a ruckus in the well, threw away the chair of the Vidhan Sabha secretary and barred staff from bringing in another piece of furniture. Later, all these leaders were court arrested after the police used water cannons to bring the situation under control.

RJD leader Tejashwi Yadav said: “A careful reading of the proposed Bill and opinion of legal experts show the Bill can forfeit courts’ authority to take cognizance of complainants arrested by the proposed special armed police force. The Bill seeks to change the name of Bihar Military Police (BMP), which has 21 battalions, to Bihar Special Armed Police (BSAP).”