Uproar ahead of Mayor's election in Delhi: AAP and BJP corporators scuffle, scuffle; Many fell from the seat, got hurt

Delhi mayoral polls began amidst ruckus with AAP and BJP members shoving and pushing each others. 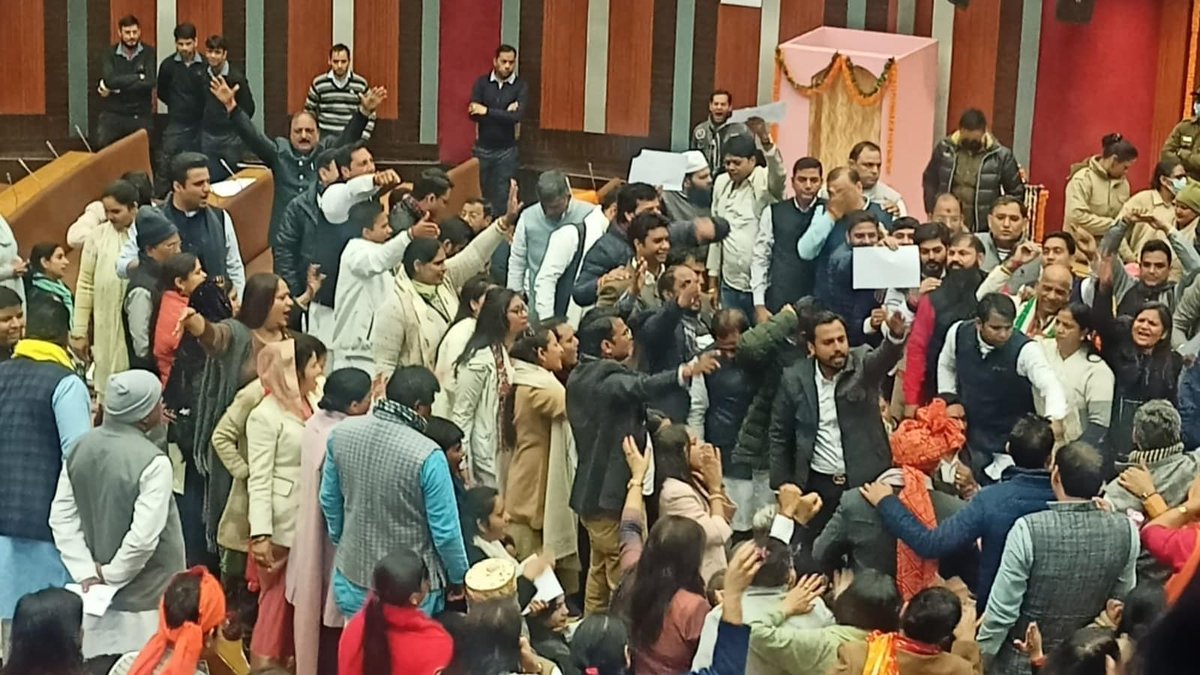 In Delhi, the process of election of the Mayor, Deputy Mayor, and Standing Committee members of MCD could not begin due to the ruckus. The House was adjourned after a four-hour uproar. In such a situation, it is believed that the mayoral election may be postponed. On the other hand, you have indicated going to court on this issue.

Earlier, the swearing-in of the councilors was to begin at 11 am on Friday, but as soon as the pro tem speaker first started administering the oath to the nominated members, the members of the Aam Aadmi Party (AAP) started protesting. Due to this BJP councilors also started raising slogans against him. There was a push and a scuffle between the two sides. AAP councilors climbed on the seat of the pro tem speaker. During this, some councilors were seen lifting the chair and slamming it. Some fell down due to the shock. Some got hurt.

The Aam Aadmi Party says that the nominated members are not sworn in first, but the BJP is changing the tradition. BJP MP Meenakshi Lekhi said that AAP leaders are not aware of the rules. That's why they are creating ruckus. Why fear when they are in majority? You MPs do the same thing in the Rajya Sabha.