In Up in state Bareily a man selling oxygen cylinder in black. 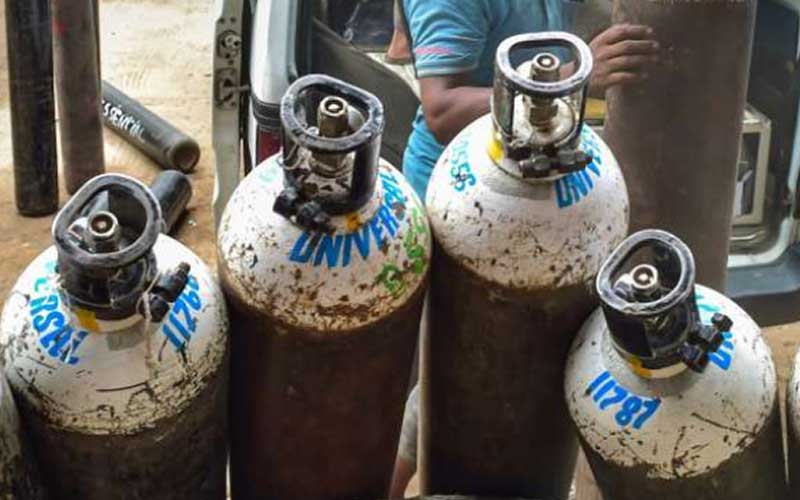 The FIR was lodged in Uttar Pradesh's Bareilly against a trader whose audio related to black marketing of oxygen cylinders went viral on social media, police said on Monday.

In the viral clip, the accused, Paras Gupta, can be heard demanding ₹ 40,000 for one cylinder from a family that is being treated in home isolation, Drug inspector Urmila Verma said.

The FIR was registered at the local police station on Sunday night under the Epidemic Act and other relevant Sections of the Indian Penal Code, police said.

On Saturday, Bareilly MP and Union Labour Minister Santosh Gangwar complained to Chief Minister Yogi Adityanath about the "big shortage" of empty oxygen cylinders and the high prices of medical equipment in the city.