Bhupendra Singh Chaudhary was serving as the Minister of Panchayati Raj in the Yogi government. He had reached Lucknow from New Delhi on Monday itself after being appointed as the state unit president of BJP. He was warmly welcomed by party leaders and workers at Charbagh railway station. 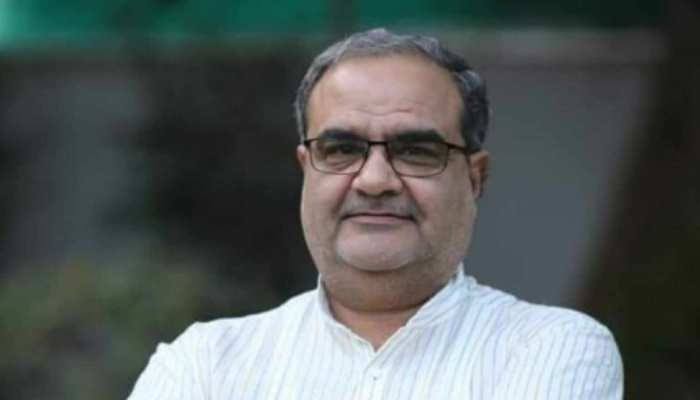 UP BJP President Bhupendra Chaudhary has resigned from the Yogi Adityanath cabinet. He tweeted that he resigned from the cabinet today to fulfill the responsibility of the post of state president of BJP. During this, Bhupendra thanked CM Yogi and PM Modi and also expressed his gratitude for his first and second term.

Bhupendra Singh Chaudhary was serving as the Minister of Panchayati Raj in the Yogi government. He had reached Lucknow from New Delhi on Monday itself after being appointed as the state unit president of BJP. He was warmly welcomed by party leaders and workers at Charbagh railway station.

On August 25, BJP national president Jagat Prakash Nadda appointed Chaudhary as the president of the party's Uttar Pradesh unit. A BJP official said that when Chaudhary reached Charbagh railway station by Shatabdi Express on Monday afternoon, he was accorded a grand welcome by a large number of workers including several ministers, MLAs and MPs of the Uttar Pradesh government. According to the official, Chaudhary left Charbagh station in a well-equipped chariot and proceeded towards the party's state office.

Along with Chaudhary, both the Deputy Chief Ministers of Uttar Pradesh, Keshav Prasad Maurya and Brajesh Pathak and former State President and Jal Shakti Minister Swatantra Dev Singh were also on the chariot. Greeting the crowd gathered on the road, the convoy moved forward. According to the official, along with Chaudhary, Union Minister Sanjeev Balyan, former Union Minister Dr. Mahesh Sharma, several ministers, MPs and MLAs also came to Lucknow from Delhi via Shatabdi Express. The official said that the party workers saffronised the entire capital to welcome and felicitate the newly appointed state president.

Party hoardings, banners and flags were put up all over the city. Uttar Pradesh BJP's co-media in-charge Himanshu Dubey said that while reaching Lucknow from New Delhi, party workers also greeted the state president at the railway stations on the way. BJP State General Secretary Subrata Pathak informed that in view of Chaudhary's first arrival in the capital Lucknow as state president, the journey route from Charbagh railway station to Atal Chowk has been equipped with pylon gates and flags. A program will be organized to welcome Chaudhary at the BJP state headquarters, in which Uttar Pradesh Chief Minister Yogi Adityanath will also attend.