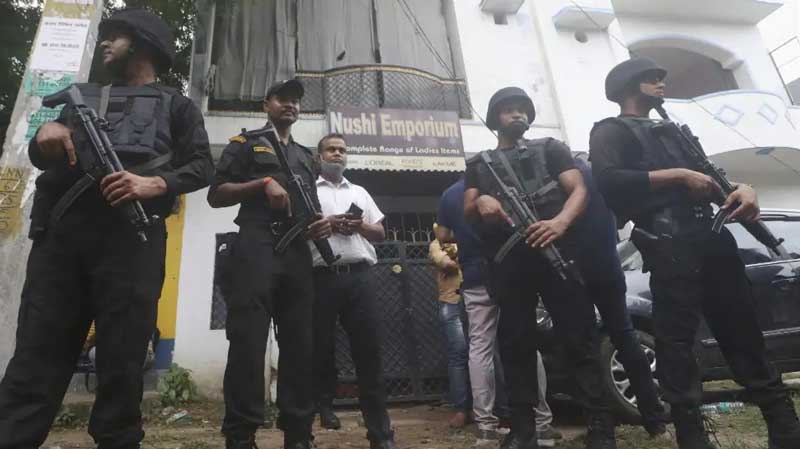 UP ATS has got a big success today. ATS has arrested suspects linked to the Indian subcontinent of Al Qaeda from Lucknow. ATS has arrested a total of 8 accused in this case. UP ATS has come to know that these people were engaged in recruitment work for the purpose of establishing Gazba-e-Hind. Not only this, terror funding was also being done in the name of donations for this mission.

UP ATS has arrested 8 terrorists affiliated to Bangladeshi terrorist organization Jamaat-ul-Mujahideen Bangladesh and Al-Qaeda Indian subcontinent. During the arrest, cash worth Rs 2.5 lakh has also been recovered from the suspected terrorists. It has been learned that five of the arrested suspects are residents of Saharanpur in Uttar Pradesh. One of them is a resident of Jharkhand, one is a resident of Uttarakhand and one suspect is a resident of Bangladesh. All these were engaged in terror funding in the name of suspicious donations.

UP ATS has made a big disclosure after the arrest of these suspects. In the investigation of ATS, it has come to the fore that all the 8 terrorists arrested were linked to Al Qaeda. These people were engaged in the work of recruiting new boys to fulfill the cause of Ghazwa-e-Hind. ATS has also released pictures of all these suspects. These people were doing terror funding in the name of donation for Ghazwa-e-Hind in Uttar Pradesh.