A student of class 8th was thrashed by his teacher and rusticated from the school for protesting against corporal punishment. 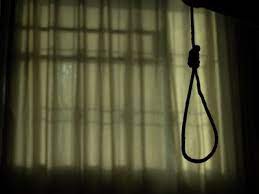 Gorakhpur- On Saturday, a student of class 8th ended his life by hanging himself at death at his residence at Kushara village within the limits of Chiluatal police station in Uttar Pradesh’s Gorakhpur district. The 15-year old took an extreme step after he was thrashed by his teacher and rusticated from the school for protesting against corporal punishment.

The now-deceased teenager and his younger brother studied in the same school. On Friday, the boy protested after a teacher threw his brother. The boy was taken to the principal’s office and thrashed by his class teacher. A day later he was rusticated from the school and he was distressed by this. He ended his life by hanging himself from a ceiling fan at his house, said Times of India.