The fire was first noticed near a langar at around 10pm. Some even heard sounds of cylinders exploding. 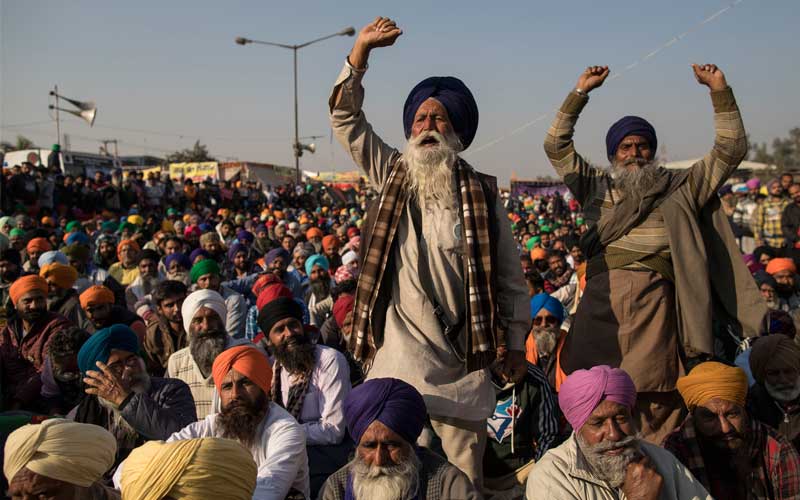 Singhu Border at the outer of Haryana state, became the site of a massive fire on Saturday night. Thousands of farmers from Punjab and Haryana have gathered there since months in protest of the new farm bill. The fire, whose cause is still unknown caught and gutted several tents. Fortunately, no casualties have been reported.

The fire was first noticed near a langar at around 10pm. Some even heard sounds of cylinders exploding. Manjeet Rai, a farmer leader told that as he was going back to his tent, some people warned him of a fire near and tents and asked everyone to be safe as there was some sparking too. It was dangerous and caused many problems, he added.

Four fire fighting trucks came to extinguish the fire. By the time, fire fighters could control the situation, much damage had been done to property. In a matter of 20 minutes, several tents were gutted. These activities were reported by farmer leaders on Facebook live.

Given the extent of the fire, it is a blessing that no lives were harmed. Meanwhile, an investigation is underway to find out the exact cause of fire.

In recent developments Bhartiya Kisan Union leader, Rakesh Tikait has said that farmers have not been protesting for eight months to follow government orders. They are ready to talk but any pre registered conditions. Farmers protests have been going on in Singhu, Tikri and Ghazipur borders Delhi since November 2020 demanding that the complete withdrawal of the three new contentious farm laws by the Centre and making a new one guaranteeing minimum support price (MSP) for crops. The governments maintains that the laws are pro farmers.