The two astronauts were chosen from over 4,000 candidates in the United Arab Emirates, which is a federation of seven sheikhdoms 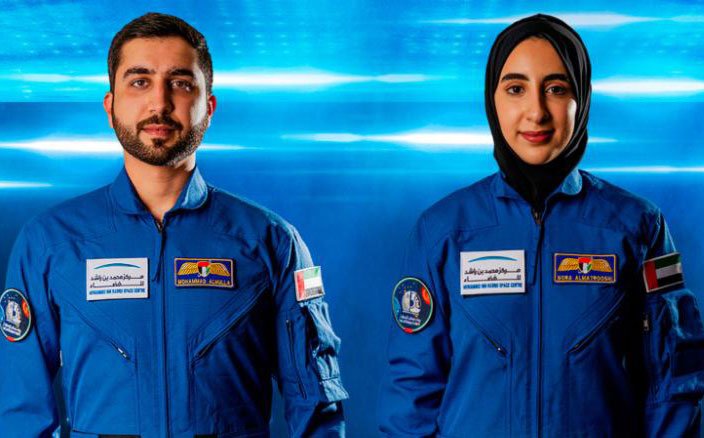 The two astronauts were announced on Twitter by Sheikh Mohammed bin Rashid Al Maktoum, the country's prime minister and vice president who is also the ruler of Dubai. He also acknowledged Noura al-Matroushi as the first female astronaut of UAE.

According to the MBR Space Centre, the female astronaut is an engineer at the National Petroleum Construction Company. She was born in year 1993 and has received a bachelor's degree in mechanical engineering from the United Arab Emirates University.

Space was her passion since childhood... Nora AlMatrooshi, the new member of the UAE Astronaut Programme.#UAEAstronauts#UAEAstronautProgramme@Astronaut_Nora@TheUAETRApic.twitter.com/TEW5uip0EK

In the video released by MBR Space Centre, it is said of Noura that, "Her passion in space began at a young age, as she enjoyed going to stargazing events," it further added, "She lives by the motto of 'Do what makes you happy.'"

Noura Al-Matrooshi took to twitter to say, “The nation gave me unforgettable moments today. I aim to work hard to script historical moments and achievements that will be etched forever in the memory of our people," she further wrote, "I thank our wise leadership and the team of the UAE Astronaut Programme. Preparations and work begin now."

The two astronauts were chosen from over 4,000 candidates in the United Arab Emirates, which is a federation of seven sheikhdoms. At NASA's Johnson Space Center in Houston, Texas, the two will receive training.

The UAE government in a statement said If al-Matroushi ends up going on a mission, she could become the first Arab woman in space.

The UAE's space programme has found quite a lot of success in the recent past. They had launched Amal or Hope satellite into orbit around Mars in February, marking a first for the Arab world. The country plans to launch an unmanned spacecraft to the moon in year 2024.