There is a discussion in the political corridors about making Naqvi the Vice Presidential candidate and after this resignation these discussions have gained more strength. 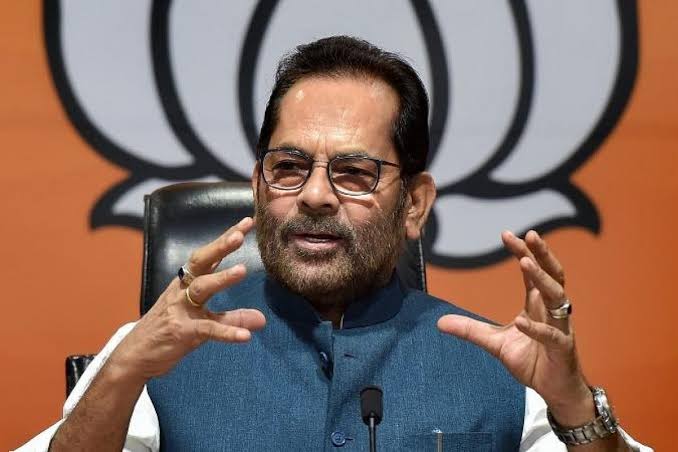 Senior BJP leader Mukhtar Abbas Naqvi on Wednesday resigned as the Union Minister for Minority Affairs. The Rajya Sabha term of the former minister ends on Thursday. Before this resignation, he had met BJP President JP Nadda, in which his next role was discussed.

Even in the cabinet meeting today, PM Modi had praised Mukhtar Abbas Naqvi for his contribution to the development of the country. This compliment was being seen as his last meeting in the cabinet. Apart from Naqvi, PM Modi also appreciated the contribution of Union Minister RCP Singh.

The Rajya Sabha tenure of Minority Affairs Minister Mukhtar Abbas Naqvi ends on Thursday, July 7. In the biennial elections held for the Rajya Sabha recently, BJP did not make him a candidate from anywhere. Since then it was being speculated that some new role could be assigned to him.

Along with Mukhtar Abbas Naqvi, another Union Minister Chandra Prasad Singh (RCP) has also submitted his resignation to PM Modi a day before the completion of the term of Rajya Sabha. RCP Singh was a minister in the Modi cabinet from Bihar CM Nitish Kumar's JDU quota.