The General Assembly is expected to gather on June 18th to make the appointment, according to Sven Jürgenson, who is serving as the council president for June. 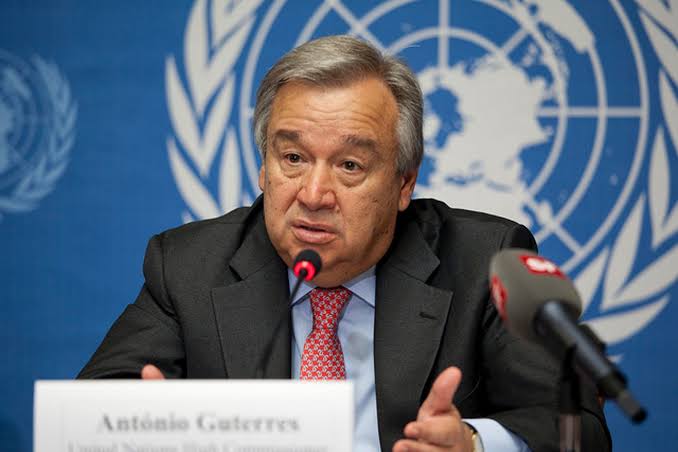 The UN Security Council has endorsed UN Secretary-General Antonio Guterres for a second term, suggesting that the 193-member General Assembly re-appoint him for a five-year term beginning from January 1st, 2022.

Estonian UN Ambassador Sven Jürgenson informed that during a closed-door meeting, the Security Council unanimously decided to propose to the General Assembly that Guterres be re-elected.

Guterres in a statement said, “I am very grateful to the members of the council for the trust they have placed in me,” he further added, “I would be deeply humbled if the General Assembly were to entrust me with the responsibilities of a second mandate.”

The General Assembly's approval is considered as a formality, and it is likely to happen shortly.

The General Assembly is expected to gather on June 18th to make the appointment, according to Sven Jürgenson, who is serving as the council president for June.

A few people attempted to challenge Guterres, but the 72-year-old former Portuguese prime minister was declared unchallenged. An individual is considered a candidate only if a member state nominated them. Guterres was nominated for a second term by Portugal, but no one else received the support of a member state.

Around ten other individuals applied for the job, however none of the 193 UN member states backed them, therefore they were not considered formal contenders.

Which is why, the 72-year-old former Portuguese prime minister has been in office since 2017 and has faced no opposition for the upcoming term.

During Guterres' first term, he was compelled to focus on mitigating the harm that Donald Trump's unilateral, nationalistic, and anti-alliance foreign policies were causing.

It will be interesting to see Guterres in his second-term as the UN Chief with shifting geo-politics, a post-Covid world framework and hopefully him taking a bigger stand on human rights abuses around the world.