Umar Khalid gets Bail, but he will continue to be lodged in jail

‘No Recovery of Proof’ from Umar Khalid: Additional Sessions Judge Since he has not received bail for FIR 59, where UAPA has been invoked, he will continue to be in jail 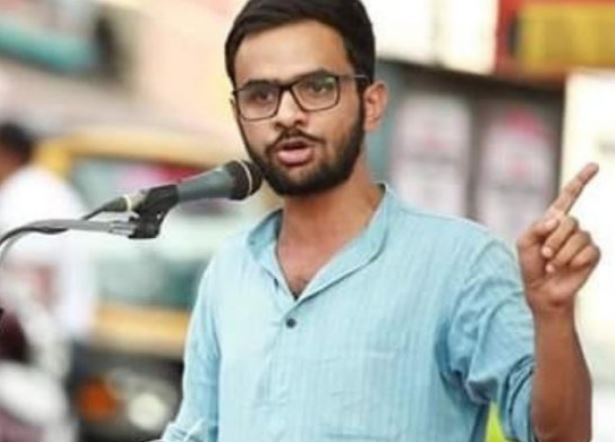 Umar Khalid gets bail in the case connected to the violence in the Khajuri Khas area of NorthEast Delhi which is being investigated by the Delhi Police crime branch.

After arguments in the Additional Sessions Court that lasted one day, Umar Khalid who was accused for NE Delhi riots, has been granted bail by additional sessions judge Vinod Yadav under FIR 101 that was registered on 25th February 2020.

The judge noted that there had been “no recovery of evidence” from Umar Khalid.

The charge sheet had stated that Umar Khalid, alongwith former AAP councillor Tahir Hussain, and ‘United Against Hate’ member Khalid Saifi had met on 8th January 2020 to decide to do a ‘big blast’ when Trump visited. Many media outlets had reported that the narrative of the police was “off the mark” as there was no knowledge whatsoever of Trump’s visit till 14th January.

This was the second FIR under which Umar Khalid was formally arrested on 1st October last year. He was already in custody then under FIR 59, where, along with other charges of rioting and criminal conspiracy, the anti-terror law UAPA had also been invoked.

Since he has not been granted bail under FIR 59, he will continue to be lodged in jail.

In the order passed by the court it noted - The applicant has been roped into the matter merely on the basis of his own statement and also the disclosure statements of co-accused Tahir Hussain and Khalid Saifi. It is argued that “no recovery” of any sort has been effected from “the applicant” in the matter.

Disclosure statements, taken by the police under Section 161 of CrPC, called confessions in local parlance, have no evidentiary value in the trial until they lead to recovery of evidence. To this end, Additional Sessions Judge Vinod Yadav noted that there was no recovery of any sort from Umar Khalid.

Regarding the 8th January meeting, the order noted that there was no material on record that established in anyway that a meeting took place between Tahir Hussain, Umar Khalid and Khalid Saifi. What has only been established is that they were in the same area and no criminal conspiracy has been conclusively proved.

The Charge Sheet against Umar Khalid was primarily focusing on the alleged involvement of former AAP councillor Tahir Hussain. However, it made repeated mentions of him along with Khalid.

Most significantly, this chargesheet spoke of a 8th January meeting where the trio of Hussain, Khalid Saifi and Umar Khalid allegedly plan these riots at Shaheen Bagh.

The charge sheet stated: “He (Tahir Hussain) was found connected to Khalid Saifi and Khalid who are part of a larger group of persons who were organising riots and protests in Delhi.”

This was one of the major loopholes in the narrative of Delhi Police on the alleged conspiracy. This and ‘no evidence’ were the major reasons of the Judge giving bail to Umar Khalid.

The Charge sheet had also included a flow chart which allegedly showed ‘Tahir Hussain speaking and connecting with a host of other co-conspirators’. There are 21 names in this flow chart. This chart also has Umar Khalid’s name featuring prominently in it.