An official investigation has been launched into the attack, but the main reason for the attack was apparently the illegal large-scale use of mobile phones by soldiers. 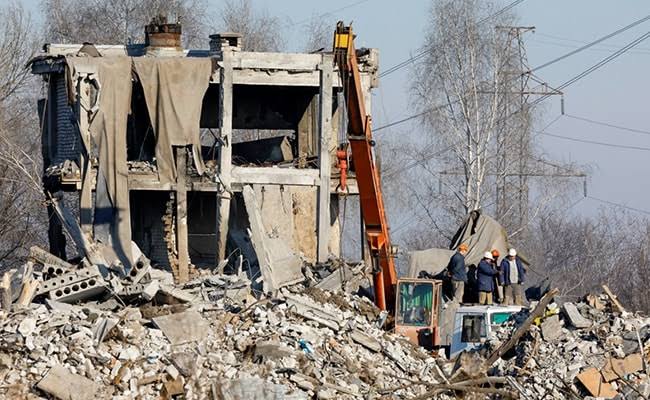 Russia's Defense Ministry said on Wednesday that 89 soldiers were killed in a missile strike in Ukraine due to illegal use of mobile phones by Russian soldiers. The ministry's response comes amid growing anger from some Russian critics. Critics are increasingly vocal about the half-hearted campaign in Ukraine. The number of deaths of Russian soldiers in this attack is continuously increasing. Moscow had earlier said 63 Russian soldiers were killed in the weekend's Ukrainian attack. The anger of most people on social media is bursting at military commanders instead of Russian President Vladimir Putin. According to Reuters, the Russian Defense Ministry said four Ukrainian missiles targeted a temporary Russian barracks at a vocational college in Makiivka, the twin city of the Russian-occupied regional capital of Donetsk in eastern Ukraine. An official investigation has been launched into the attack, but the main reason for the attack was apparently the illegal large-scale use of mobile phones by soldiers.

"The illegal use of mobile phones allowed the enemy to track and determine the location of troops for missile strikes," the Russian Defense Ministry said in a statement released at 1 pm on Wednesday in Moscow. Ukrainian President Volodymyr Zelensky made no mention of the attack in a video address on Tuesday. He said that Russia is going to launch a big attack soon. "We have no doubt that Russia's current masters will throw at whatever they have left to try to turn the tide of the war and at least avert their defeat," Zelensky said in a video address. It has to be interrupted. We are preparing for it.

Terrorists must be defeated. Any attempt by them to launch a new offensive must fail." Ukraine's military has said that Russian soldiers were killed in its attack. However, it has given no further details. Russian nationalist bloggers and some former Russian officials The death toll of soldiers in Makiivka is said to be in the hundreds. However, some say these estimates are exaggerated. The attack is another blow to Putin.