The Indian variant officially called ‘B.1.617’ is thought to have played a role in the second wave of the coronavirus pandemic in India, which resulted in a significant increase in positive cases. 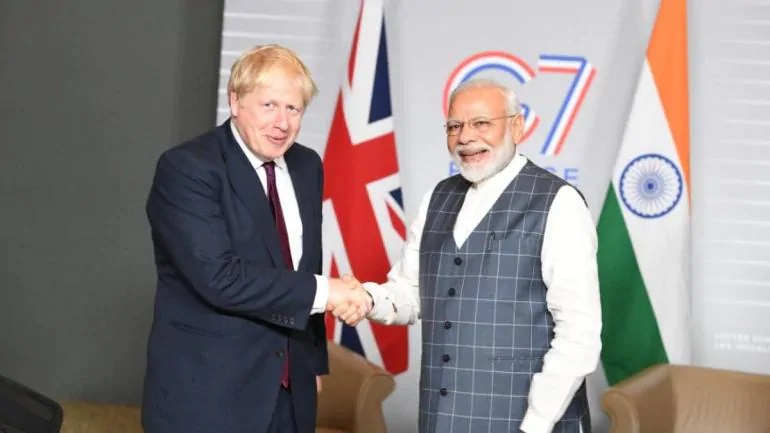 On Sunday, the Labour Party of the United Kingdom supported appeals for their Prime Minister Boris Johnson to scrap his official visit to India, which is set to begin next Sunday, amid growing fears about a new variant of Covid-19 discovered in the nation.

Downing Street has previously announced a much more condensed itinerary for the UK prime minister's visit than before, in view of the Covid-19 situation. The majority of the agenda centred on a day-long meeting on April 26th with Indian Prime Minister Narendra Modi.

Since last month, 77 cases of the so-called "double mutant" Indian strain have been identified in the UK, according to Public Health England (PHE), and it has now been classified as a Variant Under Investigation (VUI).

Environment Secretary George Eustice spoke on lack of evidence around vaccine efficacy in terms of the Indian variant, "I'm told there is no evidence at the moment this particular variant is able to get around the vaccine or...that it is necessarily more contagious than the others – but we are looking at it, it will be studied."

The Indian variant officially called ‘B.1.617’ is thought to have played a role in the second wave of the coronavirus pandemic in India, which resulted in a significant increase in positive cases.

Academics and parts of the UK media have pressed for India to be introduced to the "red list" which imposes tighter travel limits as well as a mandatory 10-day hotel quarantine for those travelling to the UK from those "red list" countries.