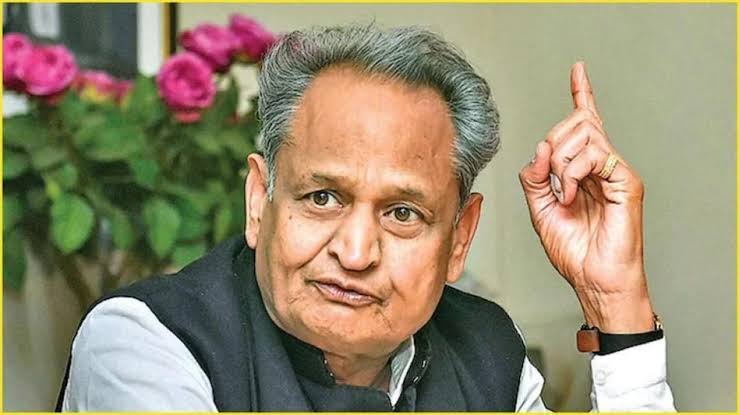 After the Udaipur massacre, there is a boil in the whole country. People are protesting on the street and are very angry. Meanwhile, Rajasthan Chief Minister Ashok Gehlot reached Kanhaiyalal's house to meet his family, during which he handed over a check of 51 lakhs.

Tailor Kanhaiyalal was murdered by two men on Tuesday with a knife. Curfew continues in Udaipur city even today. Mobile internet services are also suspended. Official sources said that Chief Minister Ashok Gehlot will reach Udaipur by special aircraft at around 1 pm on Thursday and will meet the tailor's family members.

At the same time, members of Hindu organizations took out a rally from the Town Hall of Udaipur to the Collectorate in protest against the brutal murder. Heavy police force has been deployed in Udaipur to maintain law and order. Teams comprising two Additional Director Generals of Police, a Deputy Inspector General and other senior officers are monitoring the situation in the city.