Udaipur massacre: Internet service restored in many districts of Rajasthan including Jodhpur, Bikaner 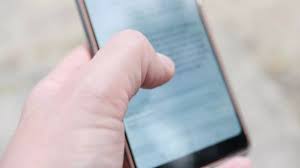 The Udaipur administration on Saturday announced that the curfew would be relaxed for four hours today, after the dispute that continued after the brutal murder of tailor Kanhaiya Lal in broad daylight was pacified.

Internet services will still be suspended. In fact, amidst unequal peace in the city, the Jagannath Yatra concluded peacefully amidst tight security arrangements yesterday. After this, today the administration has decided to relax. It is known that 48-year-old Kanhaiya Lal was murdered by two people on Tuesday.

Later, the killers Riyaz Akhtari and Ghaus Mohammad put another video in which they confessed to the murder and also threatened to target Prime Minister Narendra Modi. At present, both have been arrested. Besides him, five others have been taken into custody. Both have been sent to judicial custody for 14 days.