Two women fall off a swing on the edge of 6000-ft cliff; survived 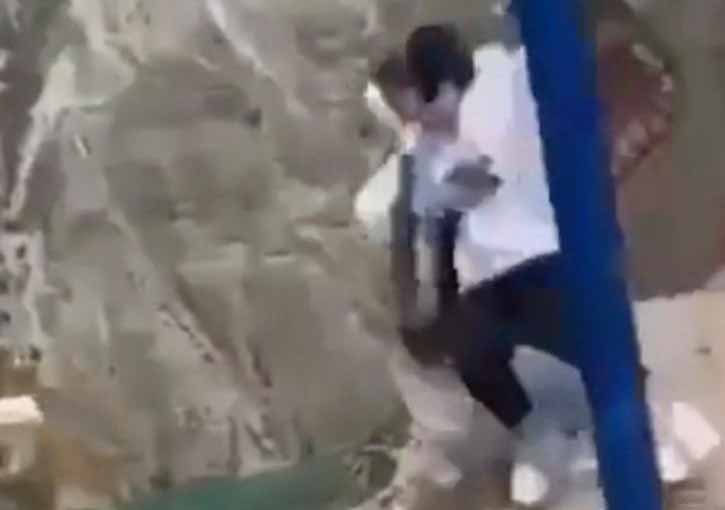 Two women fell off a swing on the edge of 6,300-ft cliff in Russia miraculously survived.

They were swinging over Sulak Canyon in Dagestan, when one of its chains allegedly snapped, that cause the swing seat to hop at the moment and sent them hurtling off towards the precipice edge, throwing them over the steep cliffs, reports daily mail.

Fortunately the duo landed on a small wooden platform that was on the edge the cliff and saved their lives. They escaped with only minor scratches and bruises, though they left rattled by this horrific incident, taken to safety by people.

Police have launched an investigation and safety checks are being carried out on similar swings nearby, where the canyon is more than a mile deep. Many of which do not meet the safety international standards.

Video of the incident has been widespread on the social media, it shows observers shrieking in shock as the chain snapped and the duo fell over the edge.

“It’s chilling to imagine what could have happened if they skipped when the swings were at a maximum height”, the source added.