Jammu and Kashmir Police has shared the details of the encounter on the internet media. The police tweeted that the encounter is going on in an area called Chiyan located in Devsar, Kulgam, soon the terrorists will be eliminated. 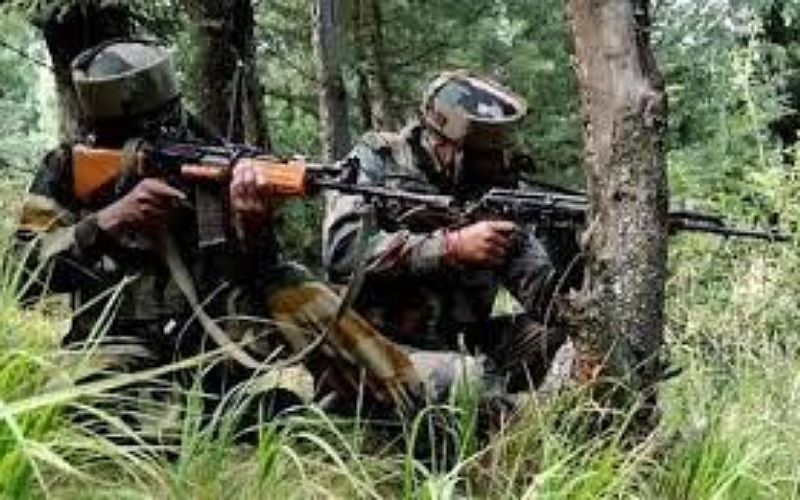 Encounter between security forces and terrorists is over in Kulgam's Devsar in Kashmir. During this joint operation of Jammu and Kashmir Police, CRPF and Army, two terrorists of Lashkar-e-Taiba terrorist organization have been successful in killing them. The slain terrorists include a foreign terrorist living in Pakistan and a local terrorist.

Kashmir's IG Vijay Kumar said that the encounter that started in the early hours of Sunday in an area called Cheian of Devsar in Kulgam is now over. One of the two terrorists killed has been identified as Haider, a resident of Pakistan. He was the commander of Lashkar-e-Taiba terrorist organization. The second terrorist killed in the encounter is a local and has been identified as Shahbaz Shah resident of Kulgam. At present, the search operation is still going on in the area.

Two terrorists are trapped in the siege. One of them has been identified as Haider of Lashkar-e-Taiba terrorist organization. He is a foreign terrorist living in Pakistan while the other terrorist is a local. Haider has been active in the Kashmir Valley for the last two years and has carried out many terrorist incidents. The IG said that the search operation is still going on in the surrounding area in view of security.