Two arrested with fake notes worth Rs 8 crore, case registered against them

The police laid a trap at Gaymukh Chowpatty around 10.40 am. Police spotted a suspicious car (MH-04-DB-5411). He stopped the car. On searching the car, the police found 400 bundles of fake Rs 2000 notes with a total value of Rs eight crore. 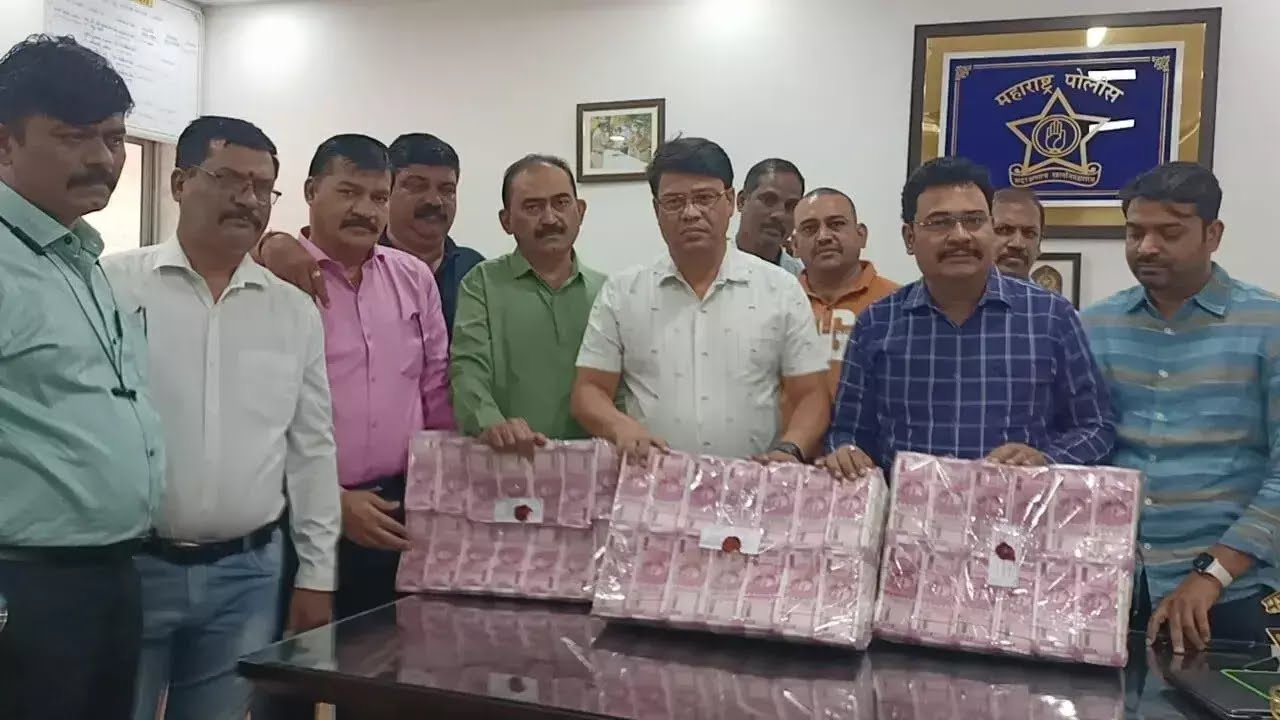 In Maharashtra, police have arrested two people with fake Indian currency notes of Rs. Let us inform that about 400 bundles of fake notes of 2000 rupees have been seized in Unit 5 of Thane Crime Branch.

The arrested accused is a resident of Palghar, Maharashtra. According to the Times of India, on the basis of a tip-off, the police arrested the accused from near Gaymukh area. Please inform that the police has started investigation and is looking for other accused.

Vikas Ghodke, in-charge of Unit 5 of the Crime Branch, received a credible information that two persons carrying fake currency would visit Ghodbunder Road on the morning of 11th November. The police laid a trap at Gaymukh Chowpatty around 10.40 am. Police spotted a suspicious car (MH-04-DB-5411). He stopped the car. On searching the car, the police found 400 bundles of fake Rs 2000 notes with a total value of Rs eight crore.

Vikas Ghodke said, "Both the accused have been identified as Ram Hari Sharma (52) and Rajendra Gharat (58). The accused told that they printed the notes with the help of Madan Chauhan and had come to Thane to sell the notes." The in-charge of Unit 5 further said, "The search for Chauhan is on."

The currency was printed at a commercial parva owned by Ram Hari Sharma in Palghar's Tech Industrial Estate with the help of computers and printers. According to the police, this was the first attempt to introduce fake notes into the market. An offense has been registered against the accused under sections 489A (counterfeit note), 489B (genuine, forged or used as counterfeit note), 489C (possession of counterfeit or counterfeit note), and 34 (common intention).