On Friday, in a video statement, Rahul had accused that Twitter is not only interfering Indian political process but also attacking the democratic structure of the country. 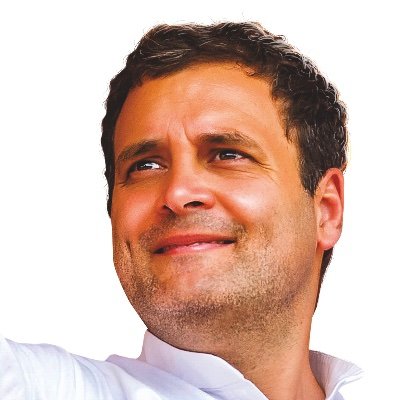 New Delhi: Twitter has restored the Twitter handle of Congress leader Rahul Gandhi, a week after temporary suspension. According to information, accounts of the Congress Party and its other leaders have also been unlocked. Rohan Gupta, the in-charge of  Congress social media accounts said, “All Congress accounts have been unlocked. No reason has been given by Twitter for the unlocking,”

On Friday, Rahul Gandhi had attacked Twitter with a video statement titled ‘Twitter’s Dangerous Game’, released on YouTube yesterday. Rahul had accused that Twitter is not only interfering Indian political process but also attacking the democratic structure of the country.

The Twitter handles of Rahul Gandhi and many other Congress leaders have been locked over a post sharing photographs that showed the Congress leader interacting with the family of the 9-year-old Dalit girl who was allegedly raped and killed in Delhi last week. National Commission for Protection of Child Rights had also written to Twitter demanding removal of the content and blocking of the account. Twitter also deemed the posts as a violation of its rules.

The Congress MP ripped into Twitter for locking his account and accused the social media platform of biased. Taking sides in the political context has repercussions for Twitter, he had warned, calling it “a very dangerous thing for investors”. Rahul had said, “By shutting down my twitter they are interfering in our political process. A company is making its business to define our politics and as a politician, I don't like that, This is an attack on the democratic structure of the country”.

Rahul had said in the video, “This is not an attack on Rahul Gandhi, this is not simply shutting Rahul Gandhi down. I have 19-20 million followers; you are denying them the right to an opinion. This is not only patently unfair but they are breaching the idea that Twitter is a neutral platform. As Indians we have to ask the question - are we going to allow companies, just because they are beholden to the government of India, to define our politics for us? Is that what it is going to come to? Or are we going to define our politics on our own?”

Priyanka Gandhi and several Congress leaders have changed their profile images on Twitter and replaced them with a photo of Rahul Gandhi. Leading the support campaign for Rahul Gandhi, Congress General Secretary Priyanka asked if Twitter was following its own policy or the Modi government's. She also asked that why Twitter had not locked the account of the SC Commission that has tweeted similar photos before any congress leader did. “Is Twitter following its own policy for the suspension of Congress leaders' accounts or the Modi government's? Why hadn't it locked the account of SC commission that had tweeted similar photos before any of our leaders did?” she tweeted.