The duo washed their dirty linen in public, supported by Rawal's brothers and stories of cctv being put off before the brawl. The focus of the fight remained money 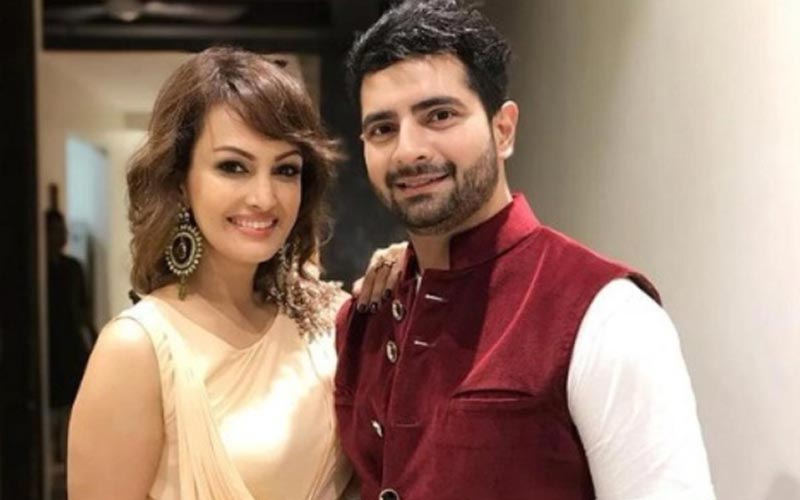 A Popular television show Yeh Rishta Kya Kehlata Hai actor Karan Mehra, who played the role of an ideal father and a doting husband in one of the country's longest running daily soaps, has been accused of beating his wife. Nisha Rawal, also a TV actor.

Rawal alleged that her husband Karan thrashed her after a fight last night. The 38-year-old Mehra was arrested from his Mumbai house over the complaint. Shortly after, he was granted bail.

The Goregaon Police have filed a case against him under Indian Penal Code sections 336 (endangering human life or the personal safety others), 337 (causing hurt by an act which endangers human life), 332 (voluntarily causing hurt to deter public servant from his duty), 504 (intentional insult with intent to provoke breach of the peace) and 506 (criminal intimidation).

He was asked to record a statement, officials said.

Nisha Rawal is also a famous TV actor and a model. She has appeared in multiple TV commercials, including those for Coca Cola, Sun silk shampoo among others. She has also acted in a few Bollywood movies.

Mehra in a statement, has declared, “We were going through a strain in our married life and were trying to figure a way out. In the last few days, we came to a point where were decided to mutually separate and do our best for our child. On May 31, we were talking about finance and how we would distribute things and we disagreed on certain points. She wanted more than what I could give. I told her, ‘What you want, I can’t give and what you want, can’t be given’. I explained to her that the pandemic is still here, and who knows what happens tomorrow and I would want to give my son the best.”

After the heated discussion, Rawal and her brother Rohit Sethia stepped out and returned later that night. Mehra adds, Sethia then told him. The couple had set up cameras inside the house as they have staff but Mehra claims that Rawal and her brother, apparently, had switched them off before she banged her head.

“There was no proof of what she did. And they suddenly took out their phone cameras to record what happened. It felt like a plot against me. They called the cops and so did I and even the cops understood what the truth was. I am not a violent person and I told Nisha to swear on our son that I did that but she didn’t,” says the actor, who is at his friend’s place and will go home to pick up his stuff. that if he didn’t agree, they would go to court and fight.