TROLL ALERT: New Health Minister, Mansukh Mandaviya’s tweets have all the eyes of Twitterati. Check out why?

Some of the comments circulating on social media include statements like "Mahatma gandhiji is our nation of father." 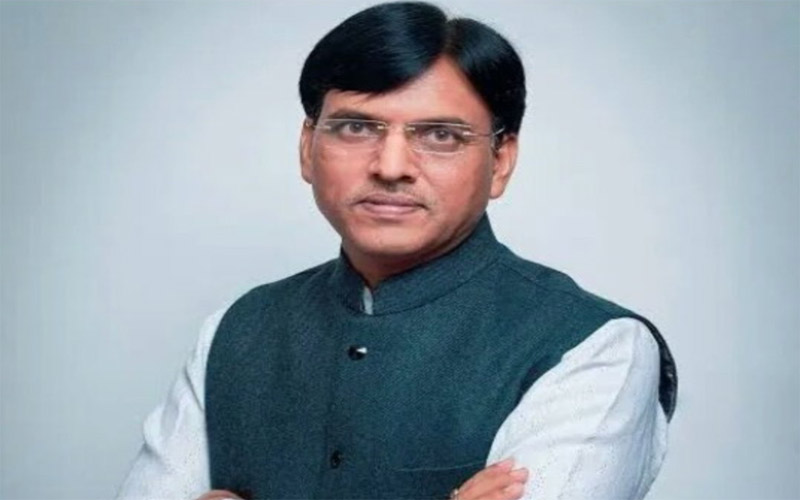 Since 2016, Mansukh Mandaviya, a BJP leader from Gujarat's Saurashtra district, has been a young face in Prime Minister Narendra Modi's government.

Mansukh Mandaviya was born on July 1, 1972, in a farming family in Hanol village in the Bhavnagar district. He was first elected to the Rajya Sabha in 2012 and reelected in 2018. He was previously the chairman of Gujarat Agro Industries Corporation Limited.

As soon as he took charge, netizens dug into his old tweets and it went viral. Have a look at what’s so funny about it.

TNB is of the opinion that if he has issues with his written English, he can use Hindi - our first language to communicate with his audience. Why the insistence on using a language he is clearly not too comfortable in.

Mansukh Mandaviya is our Health of Minister pic.twitter.com/mpYMEgI0DQ

He seems to be focusing on 'Eduacation' earlier too

I cong. Smt. @anandibenpatel for launching 16 New Channels for Eduacation. This will educate many masses via technology. #VandeGujarat

I am also ‘beaing’ quite happy after witnessing this cabinet reshuffle.

Mr. Rahul Ji, great grand son of Mahatma Gandhi already wrote you that RSS was not at all responsible for death of Gandhiji

Sneak-peek of a chat that we all wanted to read.

Proud students of The Mansukh Mandavia University of India!! https://t.co/TS5YL7hp6q

How to shift change your standards under different circumstances

Minister expressing his feelings after being placed in the cabinet.

Reporter : sir how do you feel after getting a place in the cabinet.

Mansukh Mandaviya : I am pretty feeling good . Our prime country's minister gave me the chance to handle "health of ministry". #MansukhMandaviya

Many other people also came out in support of the minister. Have a look at that too.

English is just a language and NOT A PARAMETER, how kuch educated one individual is.

There are thousands of successful leaders in China, Japan etc who