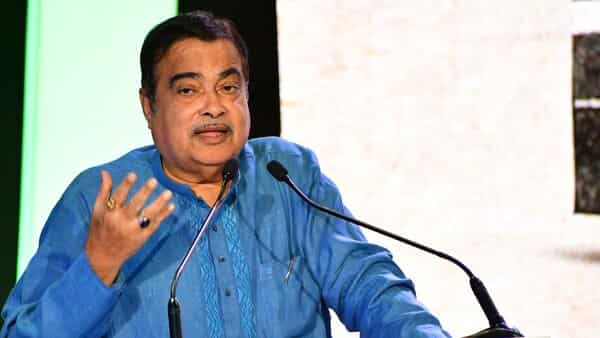 Union Road Transport and Highways Minister Nitin Gadkari also consider the Ahmedabad-Mumbai highway where the car of former Tata Group chairman Cyrus Mistry met with an accident. Cyrus's car collided with a road divider on the bridge of the Surya river during overtaking. Gadkari said on Monday that the traffic volume on the Ahmedabad-Mumbai Expressway is 1.25 lakh Passenger Car Units (PCU), so the chances of a collision while driving here are very high.

Speaking at the IAA World Summit, Gadkari said six-lane roads are needed to control the traffic of 20,000 or more PCUs. Gadkari expressed grief over the death of Cyrus Mistry in a road accident. He called it wrong not to wear a seat belt in the car while driving. Also said that seat belts are equally important for the people sitting in the back of the car as it is for those sitting in the front seat. The miscreant, who was killed in the car accident, was not wearing a seat belt.

Gadkari narrated the story of four Chief Ministers regarding seat belts in cars during the summit. He said- Some time ago I was sitting in the vehicles of four Chief Ministers. All of them had a clip on the seat belt socket on the front seat of their vehicles. This was done so that the warning alarm would not sound. I scolded the driver and removed the clip.

In the interview, he told the story of his youth. Gadkari said that in his youth, he himself used to break the rules. Then they didn't realize how dangerous it was. Gadkari said - At the time of the election, four people used to roam around on a scooter and used to hide the number plate with their hands so that challan could not be done. Those were the things then, but now people have to change their mindset and follow the rules.