Trains will run from 8 pm to 4 am in Bihar, 12 BJP leaders will get Y category security

Stone pelting and firing took place near Targena station in Masaudhi, Patna. The protesters started vandalizing the station. Vehicles parked in the parking lot were set on fire. 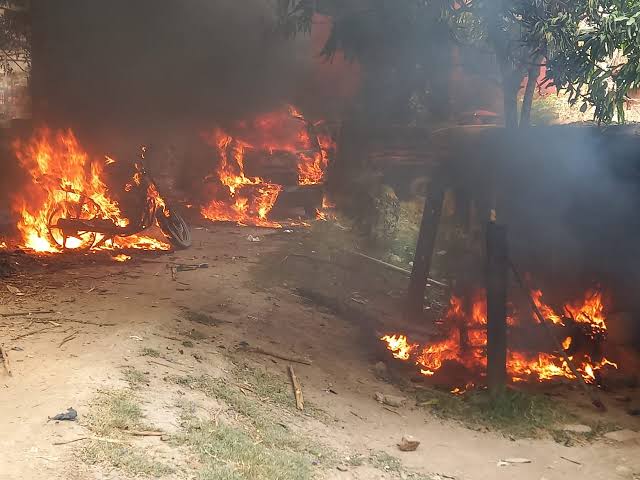 Violent protests erupted in Bihar for the fourth consecutive day. Protesters attacked the police at 6 places of the state including Patna. There was also firing between police and protesters at some places. In view of the fierce demonstration, the Railways has taken a big decision.

Keeping in view of the safety of trains and passengers, now trains passing through East Central Railway jurisdiction in Bihar will run from 8 pm to 4 am from today till June 20. Virendra Kumar, CPRO of East Central Railway said that a safe corridor has been made for the trains to pass. If the trains of other zones come after re-scheduling, they will be passed through Bihar. Stones start pelting here from 5 o'clock.

Stone pelting and firing took place near Targena station in Masaudhi, Patna. The protesters started vandalizing the station. Vehicles parked in the parking lot were set on fire. The protesters pelted stones at the police. The police fired several rounds to control it.

After leaving from coaching at 8 am in Masaudhi, the students started gathering at the station. The students started sabotaging. The station master's cabin and booking counter were torched. Vehicles were also vandalized. After this 10-15 rounds were fired on the police by the protesters. In defense, the police have fired more than 100 rounds of bullets.