Tamil Nadu police and other rescuers responded as Chennai and its adjacent areas witnessed relentless rains and standing water. 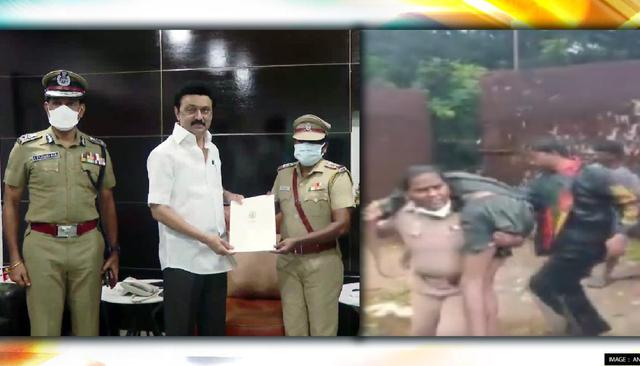 Tamil Nadu police and other rescuers responded as Chennai and its adjacent areas witnessed relentless rains and standing water. Amid the chaos, TP Police Station Inspector Chatram Rajeshwari carried an unconscious man on his back to a rickshaw in an attempt to rush him to a nearby hospital.

In a video shared by ANI, the policewoman was seen carrying the man after moving a fallen tree. Inspector Rajeshwari was congratulated by Tamil Prime Minister MK Stalin for his act.

Heavy rains in Tamil Nadu continued on Thursday, causing severe water stagnation in the regions. The rains that started on November 6 caused severe flooding throughout the state. Amidst the flooding and relentless rains, the police inspector of the TP Chatram Police Station in TN rescued an unconscious man. the inspector rushed on duty into a heavily waterlogged area and assisted rescuers in getting the man to a nearby auto rickshaw.

The Chennai Police Commissioner also praised the inspector's efforts and said his efforts saved the injured man. “Inspector Rajeshwari did a great job. She herself raised an unconscious man who was fighting for his life and sent him to the hospital. Treatment is ongoing. She is fine. He was excellent. officer. All compliments go to her, "said Commissioner Shankar Jiwal.